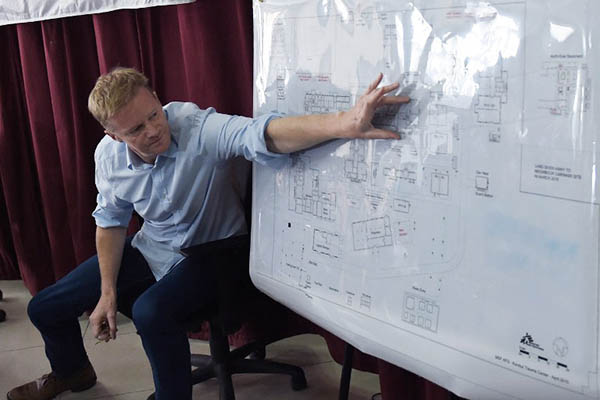 Medical charity says it is unable to confirm whereabouts of missing colleagues and patients.

The bombing raid last Saturday killed 12 MSF staff and 10 patients, prompting the charity to close the trauma center, seen as a lifeline in a war-battered region with scant medical care. “We are still in shock,” Doctors Without Borders country representative Guilhem Molinie told a press conference in Kabul. “We lost many colleagues and at the moment it’s clear that we don’t want to take the risk for any of our staff.”

MSF has set up a hotline in hopes of tracing the nine patients and 24 staff who are still unaccounted for. “We are continuing to try to contact the [missing] staff. We cannot speculate on their whereabouts,” the charity said in a statement.

It is possible, it added, that unidentified bodies remain in the hospital but that cannot be confirmed amid the ongoing insecurity in the area.

A New York Times report this week said the top U.S. and NATO commander in Afghanistan thought American forces had broken their own rules of engagement in carrying out the strike. Three separate probes—by the U.S. military, NATO and Afghan officials—are under way. But MSF, which has condemned the attack as a war crime, is stressing the need for an international investigation, saying the bombing raid was in contravention of the Geneva Conventions.

International aid groups, the United Nations and a growing tide of global revulsion have added to the pressure on Washington to come clean over the strike, which came days after the Taliban overran the northern city of Kunduz.

The raid was carried out after the Taliban’s brief but bloody capture of Kunduz, which has badly shaken confidence in the Afghan government’s ability to hold the militants off despite NATO support.

MSF General Director Christopher Stokes told the press conference in Kabul that the charity was reviewing the security conditions of “all its operations in Afghanistan.”

Molinie said MSF has not yet received any assurances that would give them the “confidence” to return to Kunduz.

Hungry, thirsty and war-wounded residents of the city, meanwhile, complained of the lack of essential medical support as they slowly emerged from their houses after days of pitched street battles.