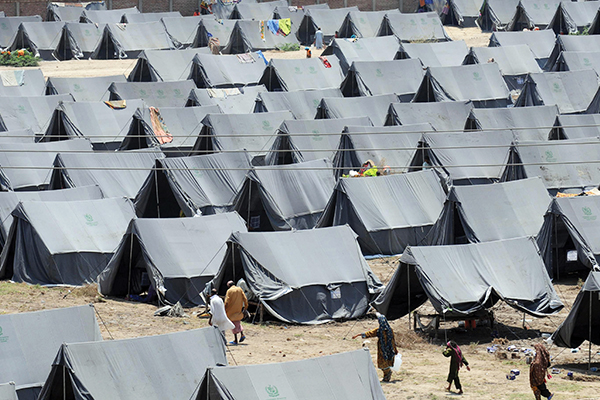 Despite allegations of corruption surrounding the ruling Pakistan Peoples Party and its leaders, donors have not shied from coming to the rescue of the flooded country.

The U.S., with its contribution of at least $158 million, is the single largest donor. Some 60 percent of the $460 million emergency fund asked for by the U.N. has been provided, and donations from Pakistani citizens are continuing to be made to special funds run by the government, Army, and NGOs—the prime minister’s fund has received at least Rs. 1.65 billion.

The ruling party is aware of concerns about corruption. In a Twitter message on Aug. 11, Bakhtawar Bhutto, President Asif Ali Zardari’s daughter, said that the Rs. 91 million raised by her went “directly 2 Utility Stores,” the state-owned fair-price chain of grocery stores. Others have hit out at critics. Law minister Babar Awan has accused opposition leader Nawaz Sharif of sabotaging “100 million dollars” in foreign assistance through “propaganda” against the president.

Exploitation of the tragedy comes in many forms. Pakistan’s ambassador to the U.N., Abdullah Hussain Haroon, played the Taliban card by stating that militant organizations will be empowered if donors do not step up. Some are urging regime change. In an op-ed for the London Evening Standard on Aug. 4, Zardari’s estranged niece Fatima Bhutto said aid would empower Zardari. “The longer Zardari and his coterie are funded in the billions … the longer Pakistan will remain hostage to obtuse political posturing, corruption and violent instability,” she wrote. “Pakistan and the world cannot afford much more of the Zardaris in power.”

But donor confidence does not appear to have been affected by corruption talk, because the tragedy is simply too big to be ignored. “Corruption, unfortunately, has been with us, is with us, and will always be with us,” U.S. Secretary of State Hillary Clinton recently told Dawn News. “I don’t think it does a service to the people who are suffering to have some diversion there, a side conversation about corruption.”