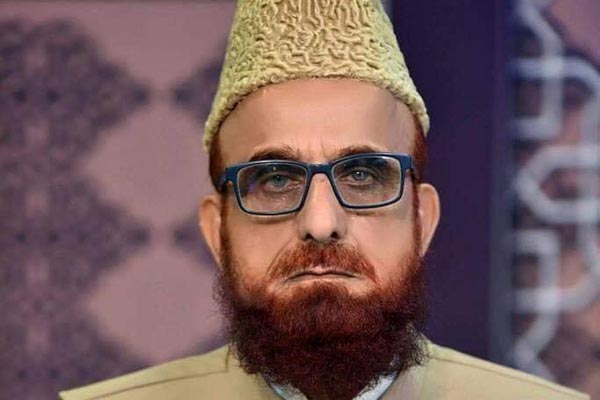 Mufti Muneebur Rehman on Thursday announced he was launching a campaign against the government over the Islamabad Capital Territory Waqf Properties Bill 2020, claiming it was a “conspiracy” against Islamic organizations.

The legislation, which was adopted by Parliament earlier this year as part of a package of laws need to get the country out of the Paris-based Financial Action Task Force (FATF)’s grey-list, seeks to register madrassas and place the administration of endowments to religious, educational or charitable causes under the command of a government-appointed administrator.

Addressing a press conference, Rehman—who was ousted as head of the Ruet-e-Hilal Committee on Wednesday—said that his campaign would proceed under the head of the Tehreek Tahaffuz-e-Masajid-o-Madaris, a newly formed organization. He said ulema of various schools of thought supported the cause and would also demand the government reverse the law.

He alleged that the legislation had been adopted by Parliament under pressure from the FATF. “Religious restrictions are not accepted in an Islamic republic like Pakistan and if authorities try to impose them, we will resist them,” he warned.

Jamiat Ulema-e-Islam (Fazl) leader Maulana Abdul Ghafoor Haideri—whose party chief is currently leading the opposition’s anti-government Pakistan Democratic Movement—said clerics in Parliament were the “first line of defense” against any law that was contrary to Islam. He advised Prime Minister Imran Khan to take “another u-turn” and withdraw the legislation instead of hurting the sentiments of Muslims.

On Sept. 16, a joint session of Parliament adopted three FATF-linked bills, including the ICT Waqf Properties Bill 2020 and the Anti-Money Laundering (Second Amendment) Bill 2020. The opposition resisted the move, staging a walkout, allowing the remaining lawmakers to pass all the bills without any hindrance.