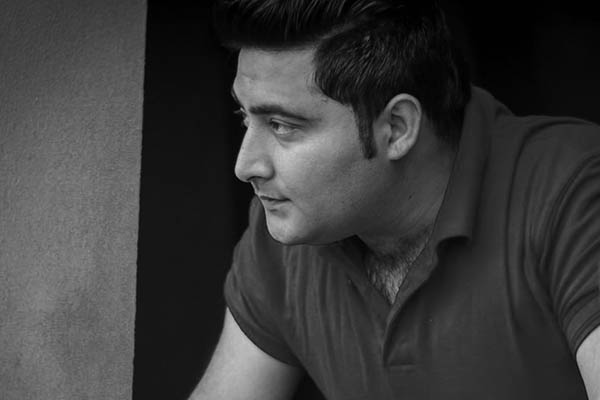 Mashal Khan, another nail in the state’s coffin

The journalism student, a liberal progressive by all accounts, had an argument earlier on Thursday, April 13, with fellow students at the Abdul Wali Khan University, Mardan, and had to be confined by university staff to his hostel room for safety.

As a sop to the other raging students, the university reportedly suspended Khan and two others that same day and ordered a “probe into the matter of blasphemous activities.” But before Khan could leave, “hundreds of students,” says Khyber-Pakhtunkhwa Police, broke down his door, shot him, stripped him, mutilated and pulped him, and threw him from the second floor. The mangled body was pelted with stones and sticks. The gleeful, unrepentant killers captured their evil on cellphone footage. (Some of these lynching clips are posted on this page. These are uncensored and unedited because readers need to see what happened in all its graphic horror.)

Khan was murdered for being “secular” and not attending Friday prayers. This was considered “blasphemous.” The campus has been closed indefinitely, and a police case has been registered against 20 suspects for killing Khan and injuring his friend, who had tried to intercede. Between eight and 11 of the holy killers are under arrest.

Pakistan is back on terra familiar with the blasphemy laws, a British-era device given sharper teeth during the military rule of Gen. Zia-ul-Haq. These manmade laws have steadily taken innocent lives—65 since 1990, according to one estimate—as “pious” or craven judges have bent at the knee to mobs that cloak their nefarious power plays and land grabs in “religion.”

In 2011, after the assassination of Salmaan Taseer, governor of the Punjab, for defending a blasphemy-accused, Pakistan-watcher Stephen Cohen said: “These are symptoms of a deeper problem in Pakistan. The fundamentals of the state are either failing or questionable. Pakistan has lost a lot of its ‘stateness,’ that is, the qualities that make a modern government function effectively.” Taseer’s mother ship, the Pakistan Peoples Party, had publicly abandoned both him and a woman member of the National Assembly because they had each urged rationalization of the blasphemy laws—a call that former Prime Minister Chaudhry Shujaat Hussain and Pakistan Tehreek-e-Insaf’s Imran Khan courageously echoed after the governor’s murder.

In October 2015, the Supreme Court of Pakistan, finally freed from the poisonous ideology of Chief Justice Iftikhar Chaudhry, who had ordered reparations to the gun-toting vigilantes of Islamabad’s Lal Masjid, actually stated that, “Any call for reforming the blasphemy laws ought to be understood as a call for introducing adequate safeguards against malicious application or use of that law by motivated persons.”

But it was too late. The non-jihadist Barelvi had already begun to morph into a bigger menace. This January, they showed off their street power by blocking the roads of Lahore, led by the Sunni Tehreek and an alphabet soup of madrassah-fed organisms. They warned against changing the insult laws the Supreme Court thought could be reformed. Their new saint was Mumtaz Qadri, Governor Taseer’s assassin who was hanged last year and who has a shrine devoted to him at the outskirts of Islamabad. Notably, the federal government did not impede the mausoleum’s construction or the massive fundraising for it.

The Mardan lynching tracks with the recent sorry happenings in Islamabad: the in-court outburst by a sobbing High Court judge offended by “blasphemy” on the Internet, a scared government in Islamabad taking out advertisements quoting Article 19 of the Constitution to swear it would get even with those “blaspheming” on social media, and a shaking-in-its-heels Parliament that passed a unanimous resolution against “blasphemy” to ward off personal danger.

Khan’s father, Iqbal, spoke with Pashto-language Mashaal Radio today. “The government’s writ has been challenged,” he said, adding that his son had promised his mother he would be home on Friday. Today, he was buried in Kalu Khan, Swabi. “He has come home now.”

Rights activist M. Jibran Nasir, who has weathered threats from Lal Masjid, got it right reacting to the mob murder. “Anchors/channels who made it a trend to throw around blasphemy allegations to settle personal scores should see impact on society in Mardan,” he tweeted. “Pakistan lost two futures today: the student whom we allowed to die and the students whom we provoked to become murderers.”

Yes, there are many who are complicit in this lynching—all political parties, the clerics, many journalists and talking heads, but particular scorn has to be reserved for the High Court and the existentially divided federal government. This and the killings that will follow are on all of you.

When brutal murderers are seen as martyrs to righteousness, when violence as a legitimate means to silence dissent is employed by a State, that society has fallen into such depths of moral degradation that it will be painful, perhaps fatal to return to the surface for breath.

This was an extra-judicial killing. The blasphemy laws were not at play here. However you progressives keep blaming this killing on the laws. It’s sad that you are using this tragedy to push your own liberal agenda.