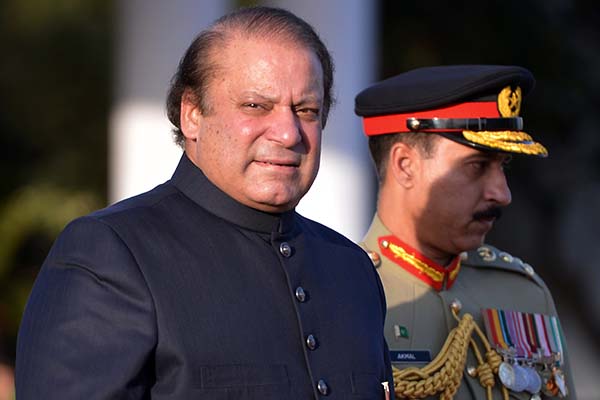 The new government said on Monday that it would put former president and Army chief Pervez Musharraf on trial for treason, charges punishable by death or life imprisonment.

The retired general, who returned from four years of self-imposed exile in March, has been under house arrest at his home on the edge of Islamabad since April 19. He is fighting a series of cases dating back to his 1999-2008 rule, which began when he seized power from then prime minister Nawaz Sharif, who returned to office this month.

“Musharraf’s actions came under the purview of high treason,” Prime Minister Sharif told Parliament. “He should face trial … and will have to answer for his guilt before the court,” he added.

The attorney-general delivered the same statement on behalf of the government in the Supreme Court. A treason trial can only be initiated by the state. Pakistan’s highest court has for months been hearing a petition from lawyers demanding that Musharraf be tried for treason for subverting the Constitution by imposing emergency rule and sacking judges in 2007. Before the May 11 general elections swept Sharif back to power, the caretaker government had refused to initiate the trial against Musharraf saying that it was beyond its mandate.

Sharif did not mince his words. “Musharraf violated the Constitution twice. He overthrew an elected government in 1999 and put everything into jeopardy. He sacked judges and imprisoned them,” said Sharif. “We will follow the process of law and all political forces will be taken into confidence.”

The position will complicate the chances of a quiet deal that Musharraf’s legal team had hoped would allow him to win bail and quietly leave the country. It could also put the civilian government at loggerheads with the powerful Army, which vehemently opposes the prospect of its former chief facing the courts in Pakistan.

“This House should have another resolution against all dictators so that no one can cast an evil eye on this House,” said Syed Khurshid Shah of the PPP, opposition leader in the National Assembly. PTI’s Shah Mehmood Qureshi said his party would support the prime minister on “every move toward supremacy of the Constitution and law.”

Musharraf faces three other cases dating back to his rule. He has won bail for sacking judges and in connection with the 2007 assassination of former prime minister Benazir Bhutto, but remains under house arrest over the 2006 killing of a Baloch rebel leader.

Pursuing this ageing deluded old tyrant will simply be an act of vindictiveness which will harm our institutions. If justice is the goal then all collaborators even high profile judges, generals and politicians will be in equal jeopardy. We are not ready to face the fallout but anything less will be hypocritical. Let the old goat go.