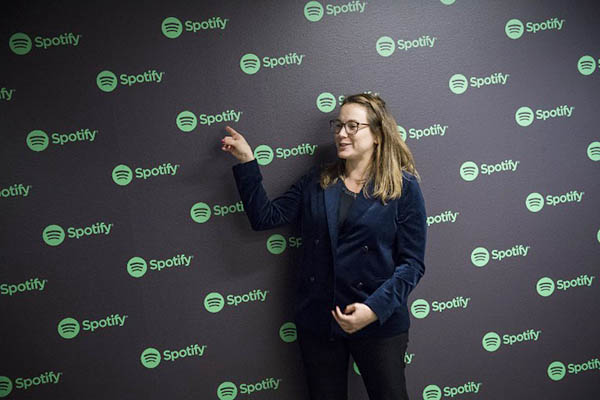 The boom in streaming shows no signs of slowing down in the United States, with music consumption soaring nearly 10 percent so far this year, an analytical firm said on Wednesday.

BuzzAngle Music, in a report for the first half of 2017, said listeners in the world’s biggest music market streamed an average of 10.8 billion songs each week, after never crossing the 10 billion point a year earlier.

Audio streams were up 58.5 percent from the first half of 2017. In welcome news for the industry, a growing number of listeners paid for services such as Spotify, Apple Music and Tidal, with subscriptions now accounting for 78.6 percent of audio streams.

Overall music consumption—which includes streams, downloads and physical sales—grew by 9.9 percent from the same period last year. That growth outpaced the 6.5 percent growth charted for the first half of 2016.

The music industry has enjoyed several years of fast-growing revenue thanks to streaming—which brings listeners unlimited, on-demand choices online—after two decades of decline or stagnation. But while streaming’s growth has boosted the bottom line for now, two other major formats are facing decline. Digital downloads on platforms such as iTunes tumbled nearly 25 percent in the first half of 2017, while CD sales slipped 3.9 percent.

Sales of vinyl—which has seen a rebirth thanks to hardcore music fans—jumped by more than 20 percent, although the historic format remains a sliver of the industry.