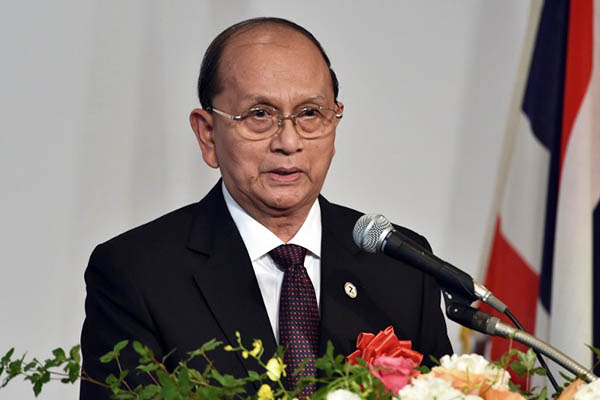 Spokesman for Thein Sein dismisses civil suit, claiming country is ‘not a vassal to America.’

A coalition of Muslim groups has filed suit in New York against Myanmar President Thein Sein and other government officials for alleged crimes against the Rohingya minority, which they say amount to genocide.

The suit comes a month ahead of critical elections, seen as a test of the nation’s nascent democracy.

A spokesman for the president dismissed the civil suit Monday. “Myanmar is not a vassal to America. There’s no reason why Myanmar would go and face the lawsuit of a federal court in America,” he said.

The complaint, filed Thursday, asks United States Magistrate Judge Debra Freeman to issue summonses to Sein, Foreign Minister Wunna Maung Lwin and other officials under the U.S. Alien Tort Statute, which has been used in the past by foreign citizens seeking damages from human rights violations committed outside the United States. The suit alleges the Rohingya “are primary targets of hate crimes and discrimination amounting to genocide fueled by extremist nationalist Buddhist monks and Thein Sein government.”

“Since 1962, the Burman Buddhist supremacist government of Myanmar has ruled with an exclusionary, authoritarian ideology,” it says, adding that Rohingyas are excluded from obtaining citizenship in Buddhist-majority Myanmar and are “brutally persecuted because of their faith and ethnicity.” This treatment has led large numbers to flee the country, causing a regional migrant crisis.

The plaintiffs include the Burma Task Force, a coalition of 19 Muslim groups, and a member of the Rohingya community who fled Myanmar for the United States. They claim in the suit they and relatives “were subjected to genocide, torture, arbitrary detention, cruel, inhuman and degrading treatment by the officials.”

Gurpatwant Pannun, a lawyer whose firm filed the complaint, said the summonses have yet to be delivered. Once they are, Pannun said, the president will have 21 days to respond. Pannun told AFP they believe Sein should be declared responsible for genocide.

“Once it is declared genocide, it becomes [the responsibility of] the U.S. administration to prosecute those who are responsible for genocide because there is a convention that the U.S. has signed,” Pannun added.

Myanmar, which emerged in 2011 from half a century of military rule, is due to hold highly anticipated elections next month.