Home Latest News Muslim Population Could Catch Up to Christians by 2050: Study

Muslim Population Could Catch Up to Christians by 2050: Study 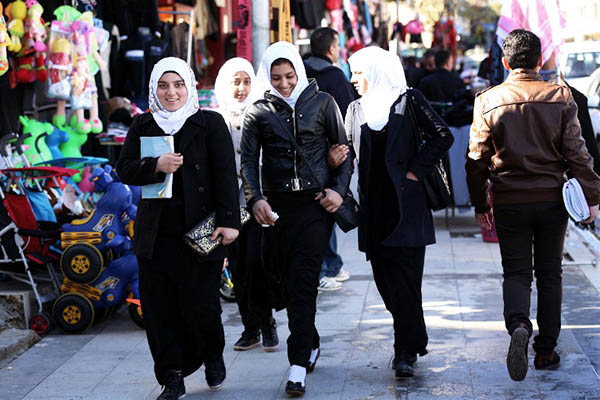 Pew Research Center predicts India could have the largest Muslim population in the world based on current trends.

The Muslim and Christian populations could be nearly equal by 2050, with Islam expected to be the fastest-growing faith on the planet, according to projections released Thursday.

The Pew Research Center’s religious profile predictions assessed data from around the world on fertility rates, trends in youth population growth and religious conversion statistics. “Over the next four decades, Christians will remain the largest religious group, but Islam will grow faster than any other major religion,” says the report.

“The number of Muslims will nearly equal the number of Christians around the world,” it added. Hindus will be third, making up 14.9 percent of the world’s total population, followed by people who do not affiliate with any religion, accounting for 13.2 percent.

The Asia-Pacific region will remain the most popular for Muslims, bolstered by a youthful population with high fertility rates. The study predicts that India will have the largest Muslim population—though it will retain a Hindu majority—surpassing Indonesia.

Muslims are expected to account for 10 percent of Europe’s overall population, Pew added. If the trend continues, Islam will be the most popular faith in the world after 2070, it said.

Authors said the projections, compiled over the past six years, are merely “what will occur if the current data are accurate and the trends play out as expected.”

The authors said religious conversion data came from only 70 countries, not including the world’s most populous countries, India and China.

The report predicts the number of people with no religious affiliation will make up a declining share of the world’s total population, though in some countries—such as the United States and France—the number of atheists and agnostics is expected to rise. Buddhism is the only faith that is not expected to increase its followers, due to an ageing population and stable fertility rates in Buddhist countries, such as China, Japan and Thailand.

In Europe, the only region where the overall population is expected to shrink, the Christian population will drop from 553 million to 454 million.  Similarly, in the United States, Christians will decline from more than three quarters to two thirds in 2050.

Islam is expected to surpass Judaism as the most popular non-Christian faith in the United States.

The researchers gathered data from more than 2,500 censuses, surveys and population registers from 175 countries, covering 95 percent of the world’s population. The projections considered the size and geographic distribution of the world’s major religions, age differences, fertility and mortality rates, international migration and patterns in conversion.