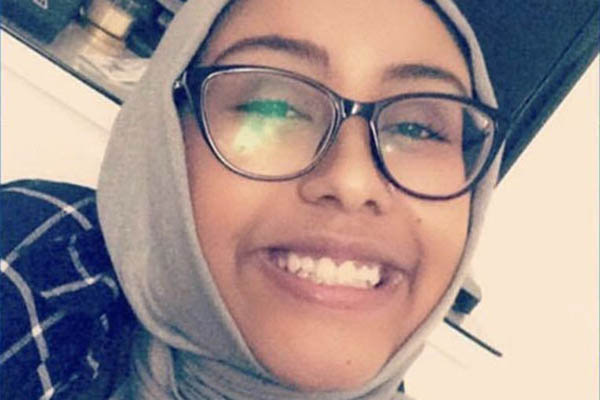 A tight-knit Muslim community in the suburbs of Washington was in shock on Monday after a 17-year-old girl was apparently beaten to death and dumped in a pond following late-night prayers at the local mosque.

Police in Fairfax County, Virginia, have charged a 22-year-old local man, Darwin Martinez Torres, with the teenager’s killing but said it was an apparent road rage incident. Authorities are “NOT investigating this murder as a hate crime,” police said on Twitter.

Social media lit up with anger over the crime, which follows a series of deadly attacks on Muslims in North America. While the teen has yet to be officially named by police, friends and worshippers at the mosque in Sterling, known as the All Dulles Area Muslim Society, identified her as Nabra Hassanen, from the nearby community of Reston.

The attack occurred in the early hours of Sunday as a group of young Muslims were walking back from the town center plaza after midnight prayers at the mosque, according to accounts by police and worshippers. “A man who appeared to be drunk got out of his car with a bat,” one of the youths, Tasneem Khan, wrote on social media. All of the youths with the exception of Hassanen managed to run back to the mosque upon seeing the assailant.

The police department said “this tragic case appears to be the result of a road rage incident involving the suspect, who was driving and who is now charged with murder, and a group of teenagers… walking and riding bikes in and along a roadway.” The statement appealed for “patience” as an autopsy and inquiry were being conducted.

Fairfax County police spokesman Don Gotthardt told AFP the assault is not being treated as a hate crime because “there is no information connecting the victim’s faith or religion to the crime.”

Still, on Twitter, many people expressed incredulity. “Anyone want to explain to me why this isn’t being investigated as a hate crime? I am disgusted and so very saddened by this,” wrote a user with the handle @MaisieRae. “We need strong leaders in this country condemning hate crimes or we need new leaders who will,” added @paulshread.

A vigil for the slain girl has been scheduled for Wednesday evening in Reston. The attack occurred during the waning days of the Muslim holy month of Ramzan, when observant Muslims fast from dawn to sunset. In North America, Ramzan is due to end with Eid al-Fitr celebrations starting Saturday.

The teens had apparently gone out to eat at a restaurant before starting their fast at sunrise. Hassanen was reported missing around 4 a.m. and her remains were found at a nearby pond around 3 p.m. Police would not immediately confirm the exact manner of her death, pending a review by the chief medical examiner.

Last month, two men were fatally stabbed in Portland, Oregon as they intervened to stop a man hurling anti-Muslim slurs at two teenage girls, one of whom was wearing a hijab. Another man who tried to halt the attack was also wounded. In Quebec, six worshippers were shot dead in an attack on a mosque in January.