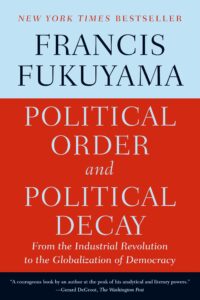 The emerging leadership of the Pakistan Tehreek-e-Insaf (PTI), in the person of Imran Khan, leans heavily on Islam and views America as an anti-Islamic hegemon that killed Islamic warriors through drones. He infamously declared Al Qaeda leader Osama bin Laden—who was killed by an American assault team in Pakistan—a martyr of Islam during a speech in the National Assembly. His speeches heralding the life of Islam’s Prophet also continue to mesmerize large audiences for hours. Clearly, as a champion of democracy in Pakistan, Khan leans heavily on religion rather than on the values of modern democracy.

Religion as basis of state

Columnist Amir Rana, writing in daily Dawn on July 14, expressed a fear that is worth taking note of: “The talks with the Tehreek-e-Taliban Pakistan (TTP) are not merely a security issue entrenched in the region’s geopolitical landscape; instead, it is a case for the soul of Pakistan. Both state and society have developed a rare consensus in the protracted war against terrorism: the country needs a review of its ideological paradigm. However, this consensus has not yet yielded some miraculous outcome as the state, by design or inadvertently, continues to exploit religion and empower the radical groups. Some observers also question if the political parties and civil society organizations really believe in resisting radical religious and ideological forces. They also ask the Pakistan Peoples Party to bring the issue to Parliament, which is merely a trick to give legitimacy to an exclusive process led by the security institutions.”

Pakistani ambassador Zamir Akram, speaking at the Tony Blair Institute on Sept. 11, 2014, on The Importance of Religion in Pakistani Politics made the following statement about the nature of the Pakistani state: “We should first understand that Pakistan is a country that was based on Islamic identity but was not created as a theocratic state, nor as a state that was meant to be exclusively for Muslims, to the exclusion of other religious groups. It was really a state that was established to protect the religious, cultural and historical identity of the Muslims of the subcontinent when the British withdrew from South Asia. Muhammad Ali Jinnah’s Pakistan movement aimed to establish a country that worked to protect the identity of Muslims but that would not exclude other minorities, who would go on to play a very important part in the country, whether they were Hindus, Christians or any other religious denomination. But Islam is still a very important aspect of Pakistan’s ethos, identity and even foreign policy.” Yet, Pakistan’s record on human rights for the non-Muslim minorities continues to raise concern.

Hope for an Arab Spring

Francis Fukuyama, in Political Order and Political Decay (2015), mediates on the dominance of religion in the democratic movement of states with Muslim populations in the modern era. The Arab Spring began in January 2011 with the self-immolation of a Tunisian street vendor named Mohamed Bouazizi, which brought down the dictatorship of Zine al-Abidine Ben Ali and triggered a cascade of uprisings that spread to Egypt, Yemen, Libya, Bahrain, and Syria, and threatened the stability of every regime in the region. Bouazizi, according to press reports, had his cart confiscated on several occasions by the police; when he went to protest, he was slapped and insulted by police officials. Denied recognition of his basic dignity, he doused himself with gasoline and set himself on fire, eventually dying of his burns two weeks later. His story, broadcast around the Arab world, evoked sympathy and outrage, and proved to be the trigger for a major political revolution.

Some observers had believed that Muslim or Arab countries faced special obstacles to democratization absent in other regions of the world. Once it was the one region largely unaffected by the Third Wave of democratization. Either Islam or Arab culture was held somehow responsible for resistance to liberal democracy. Any simple arguments that the Arabs were exceptional and would passively accept dictatorship ended with the events of early 2011.

Predictions that Arab societies will not be able to sustain liberal democracy may, however, prove correct in the longer run. Four years into the Arab Spring, it did not appear that this form of government was likely to emerge anytime soon in countries affected by it, with the possible exception of the country in which it began, Tunisia. In Egypt, the formerly banned Muslim Brotherhood was elected and dominated the new parliament and presidency for a year, until the military pushed its president Mohamed Morsi out of power in the summer of 2013. The Egyptian state then launched a bloody crackdown against not only Islamist groups but against liberal critics as well. The Tahrir Square uprising was not the revolution that displaced the military-led state; it only pushed it into practical retreat.

Libya remains chaotic in the wake of the military struggle against Muammar Qaddafi, with the central government unable to disarm the country’s many militias. Peaceful protests against Syria’s Bashar al-Asad were ruthlessly crushed, and the country descended into a prolonged civil war that has pitted radical Islamist fighters against the Ba’athist dictatorship. In Bahrain and the other Arab Gulf states, protests were violently repressed and the traditional monarchies remain in power. Throughout the region, violence and instability have helped the fortunes of jihadist groups that are overtly antidemocratic.

In 19th century Europe, popular mobilization for democracy got hijacked by nationalism. This phenomenon first manifested itself during the French Revolution, when calls for the Rights of Man quickly devolved into the militant assertion of the rights of the French nation. It was evident in Germany in the 1870s, when many of the liberals of the ‘40s and ‘50s became fervent supporters of Bismarck and his forceful unification of the German nation. And it appeared in August 1914, when rank-and-file members of working-class parties that had been charter members of the Second Socialist International lined up behind their national governments and plunged into war.

There is an obvious cultural factor that has gravely complicated the possibility of democracy in the Middle East—Islam. A large number of Muslim-majority societies have had to contend with militant and anti-democratic Islamist groups; there was no equivalent threat to the Third Wave democratic transitions in Eastern Europe or Latin America. A number of observers have suggested that Islam itself constitutes an insuperable obstacle to the emergence of democracy, since it has never accepted the principle of the separation of church and state, and harbors a long tradition of violent religious militancy.

Islamist organizations like Ennahda in Tunisia and the Muslim Brotherhood in Egypt that have played by democratic rules are often accused of using democracy instrumentally to gain power; their real agenda remains creation of illiberal, theocratic states. The rise of these groups has then provoked conservative authoritarian governments to crack down on them, leading to politics that is polarized between two nondemocratic alternatives. Whether political Islam will remain a permanent obstacle preventing the emergence of liberal democracy in Muslim majority countries is not obvious, any more than an assertion that nationalism makes democracy impossible in Europe. Political Islam has waxed and waned over the decades, and in the 20th century it often took a backseat to other movements based on secular nationalism or liberal authoritarianism.

All large, complex cultural systems can be and have been interpreted in a variety of ways over time. Although there is an egalitarian doctrine at the heart of Christianity (as there is in Islam), Christian churches aligned themselves with authoritarian rulers and justified illiberal orders over the centuries. Part of the story of the Third Wave of democratizations in Europe and Latin America has to do with the reinterpretation of Catholic doctrine after the Second Vatican Council in the 1960s to make it compatible with modern democracy.

Radical Islam and the modern state

So too with radical Islam. It seems likely that its current expansion is due more to the social conditions of contemporary Middle Eastern societies than to the intrinsic nature of the religion. Indeed, the spread of political Islam can be seen as a form of identity politics very comparable to its nationalist variant in Europe. This was an argument first made by Ernest Gellner, whose theory of the origins of nationalism has been noted. Gellner, it will be recalled, argued that nationalism is response to the identity dislocation that occurs as societies modernize and transition from Gesellschaft—the small village—to Gemeinschaft— the large city. It occurs primarily in modernizing countries, where the narrow old forms of identity based on kinship and locality disappear and are replaced by more universalist doctrines linking individuals to broader cultural movements. He argued that the rise of modern Islamism responded to very similar imperatives in the Middle East, where religion plays the role that nation played in Europe.

To the confused former peasant now living in Cairo or Karachi, or to a second-generation Muslim immigrant in Europe, a figure like Osama bin Laden can provide convincing answer to the question “Who am I?” The rise of political Islam in the last part of the 20th century does not therefore reflect the return of an eternally unchanging Islam, as both the proponents of radical Islam and their critics maintain, but rather is a response precisely to the half-modernized state in which much of the Middle East finds itself. Just as the 19th century European impulse toward democracy got diverted into nationalism, so the Middle Eastern popular mobilization risks being hijacked by religion.

The Third Wave transitions in Eastern Europe and Latin America are thus misleading precedents for the Arab Spring. It is really Europe’s long and tortured journey from autocracy through nationalism to democracy that provides the better model. This line of analysis does not offer comfort to those hoping for the emergence of liberal democracy anytime soon in the Arab world. We can only hope that such a transition, if it eventually occurs, will not take anywhere as long as it did in Europe.

Europe in the 19th century had no prior experience of democracy and therefore no clear institutional models to follow. The same is not the case in the contemporary Middle East. Regimes that balance strong states with legal and democratic constraints on power have become a normative standard around the world. Getting there, however, depends on the creation of a complex set of interlocking institutions, which in turn are facilitated by changes in the nature of underlying economic and social conditions. The social basis for stable democracy did not exist in the Europe of 1848, and may not yet exist in many parts of the Middle East today.