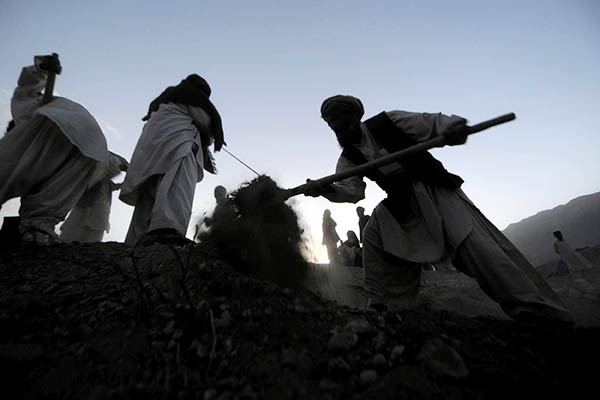 Deceased man’s relative claims Hindus have been burying bodies in graveyard for decades.

Muslims in southern Pakistan dug up a Hindu grave after a dispute over burial plots flared up tensions between the two religious groups, police said Tuesday.

The Muslim population in Pangrio town, some 225 kilometers east of Karachi, protested that a man from the minority Hindu community had been buried in the Muslim graveyard. “The members of the Muslim community dug up the grave on Sunday, removed the body and handed it over to the town administration,” said local police officer Aslam Khanzada. The body of Bhoromal Bheel has now been reburied in another location, he added.

Hindus account for two percent of Pakistan’s 180 million population, mostly in Sindh province of which Karachi is the capital but tension between the two religious groups is relatively rare.

“The city was shut in protest by the Muslims,” Maulvi Mithan, the prayer leader in a local mosque said. Relatives of the deceased said that police had sided with the Muslims.

“My cousin’s body was removed and recklessly laid at the road all the day long in the scorching heat,” said Nar Singh Bheel, adding that Hindus had buried bodies in that part of the graveyard for decades. “We have over a hundred graves of our forefathers there,” he said.