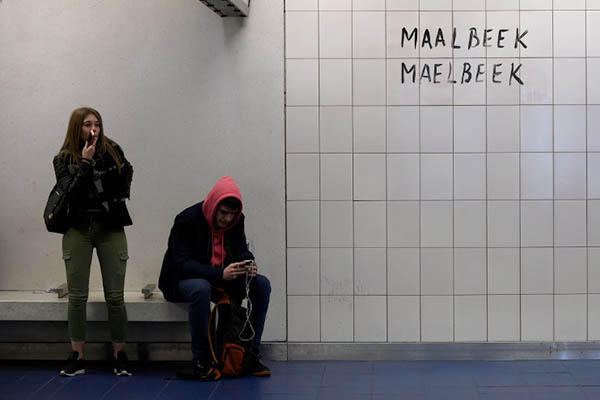 Belgium has witnessed a rise in Islamophobic incidents in the year following attacks.

Belgian teenager Ahmed is still reeling from the hostile reception he received from a teacher the first day he attended a new sports school last September. “If you’re going to set off a bomb, warn me because I have a daughter and she needs me,” the Moroccan-born 16-year-old recalls the teacher telling him in front of his classmates.

The aspiring footballer’s experience is an example of what rights groups say is a rise in both verbal and physical abuse directed at Belgian Muslims since suicide bombings killed 32 people and wounded hundreds more in Brussels.

“Deep down it hurt me, but I laughed with everybody in order not to show it,” Ahmed, whose name is being withheld by AFP as he is a minor, said at his home in Brussels. The hostile remarks have continued during his time at his school for future athletes in southern Belgium. “All that because of my origins.”

A rise in Islamophobic incidents was reported as early as a month after the attacks, by Unia, Belgium’s public body for equal opportunities and the fight against racism. The fact that the attacks were carried out by young men of Muslim origin, many of them from the largely Muslim Brussels district of Molenbeek, fueled the prejudice.

One year on, the problem has if anything got worse, instead of fading, activists say. “Islamophobic acts have increased in quantity and seriousness,” said Hajib El Hajjaji, of the Collective against Islamophobia in Belgium (CCIB). This non-government organization recorded 120 Islamophobic incidents in 2016, including 36 in the month that followed the attacks.

The CCIB recorded a case where a man hit a woman with his briefcase and hurled verbal abuse at her as she left a hospital on March 23. The workplace is not shielded from this “polarization of society,” said Unia director Patrick Charlier. Last year the number of incidents motivated by race or religion increased by 14 percent and 91 percent respectively, Unia said.

Such abuse is also present in the world of sport.

French-Algerian footballer Idriss Saadi, who plays in the first division team Courtrai, erupted in anger on television when he was called “dirty Arab, dirty terrorist” from the grandstand. “We are in an era when such words carry a certain weight. It’s very serious,” the 25-year-old said. “We only see the visible part of the iceberg,” Hajjaji said.

Many victims avoid reporting such incidents partly because they have “lost confidence in the police or similar institutions,” he said. But he said there have also been “gestures of friendship, openness and dialogue.”

Following the Brussels bombings and the Paris attacks four months earlier, the Belgian authorities launched the “Canal Plan” to fight radicalization in Molenbeek and other neighborhoods, all of which are along an industrial canal in Brussels. The plan, which involves increasing the deployment of security forces, also targets drug trafficking as a source of financing of terrorism.

However, the Belgian League of Human Rights said the problem is the police use “ethnic profiling” during checks, which is illegal. “Our Prime Minister [Charles Michel] should, like Canadian Prime Minister Justin Trudeau, send positive messages of recognition, reject hate and refuse conflating” Muslims with terrorism, Hajjaji said.

He said the Spanish city of Barcelona’s plan to fight Islamophobia was a good example. Noting a rise in hate speech and right-wing populism in Europe, the authorities in the Catalan city in January launched an 18-month project to improve the image of Muslims, showcase religious diversity and step up the battle against discrimination.

It’s the vision supported by Ahmed’s father, Zine El Aabedin. “We cannot accuse a whole community because an idiot has set off a bomb. We want to live, create a generation which works for the good of Belgium,” he said. “We’re not here to set off bombs. Do you understand what I mean?”