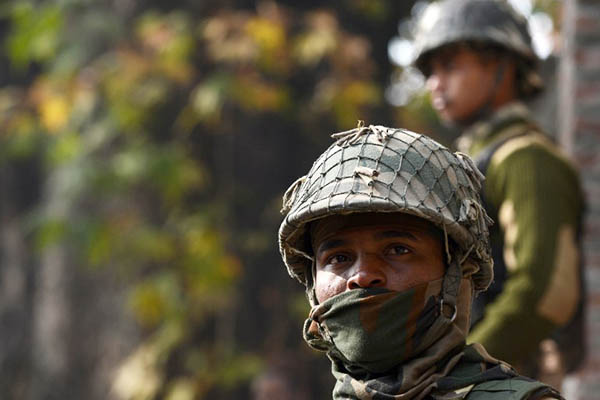 Director of Myanmar’s presidential office says Indian sortie occurred on its own soil.

Myanmar on Wednesday denied media reports that Indian forces had attacked insurgents inside its territory and said it would not tolerate rebel groups using its soil to attack neighbors.

Earlier this week, New Delhi said its forces had hunted down a rebel group operating in the mountainous forests of Manipur state, close to Myanmar’s long western border. The fighters were allegedly involved in the killing of 20 Indian soldiers in an ambush last week.

The Indian press cited sources as saying soldiers had crossed into Myanmar and killed some 15 militants who escaped across the border, after coordination between the two countries. But New Delhi insisted the operation took place on its side of the border only.

In a Facebook post on Wednesday Zaw Htay, director of Myanmar’s presidential office, backed up that assertion. “According to the information sent by Tatmadaw [Myanmar army] battalions on the ground, we have learned that the military operation was performed on the Indian side at India-Myanmar border,” he said. “Myanmar will not accept any foreigner who attacks neighboring countries in the back and creates problems by using our own territory,” he added.

The remote Hindu-majority state of Manipur is home to dozens of tribal groups and small guerrilla armies fighting New Delhi’s rule. Their demands range from secession to greater autonomy. Much of the border region with Myanmar is porous and the central government’s authority there is weak.

Myanmar itself is plagued by multiple insurgencies in its border regions. In recent months relations with Beijing have cooled as an ethnic insurgency raging in Myanmar spilt over its border with China. In March a Myanmar warplane dropped a bomb in a sugarcane field, killing five Chinese people and injuring eight others and infuriating Beijing.