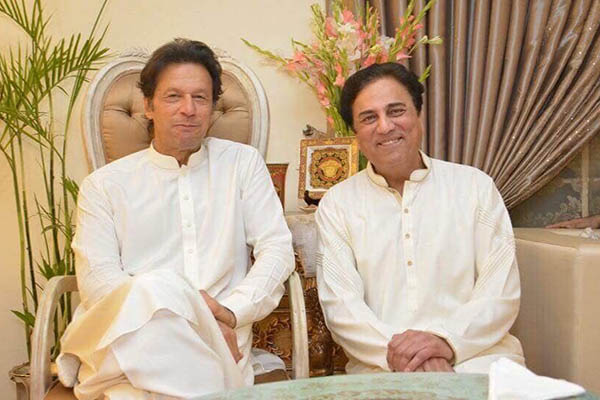 The federal cabinet on Friday decided to remove Naeem Bokhari as chairman of Pakistan Television (PTV), reinstating Amir Manzoor to the post that he had vacated just two weeks back.

A day earlier, the Islamabad High Court had suspended Bokhari from continuing his work as PTV chairman, citing a Supreme Court judgment that had barred people over 65 years old from being posted to senior posts.

Through a circular summary the cabinet decided to remove two others directors, also over 65, of PTV along with Bokhari.

Bokhari, a personal friend of Prime Minister Imran Khan, had provoked controversy shortly after being appointed PTV chairman by declaring that the state-run outlet would not permit the opposition equal access to the airwaves. “This is state TV,” he had told a journalist, suggesting the channel would serve as a mouthpiece of the government without any dissent tolerated.

In his ruling, IHC Chief Justice Athar Minallah had questioned if the federal cabinet had relaxed the rules to allow Bokhari to serve as PTV chairman. He had told the government’s counsel that the information ministry had appeared to repeat the mistakes of 2018, and ignored a Supreme Court judgement clearly barring people over 65 from being appointed to the PTV chief’s post.

In 2008, the Supreme Court had taken suo motu case of Ataul Haq Qasmi’s appointment as chairman of PTV, and ordered the federal government to appoint a full-time managing director after fulfilling all legal, procedural and codal formalities strictly in accordance with law. It had said people over 65 could not be appointed to the post without clear reasons for relaxing the upper age limits.