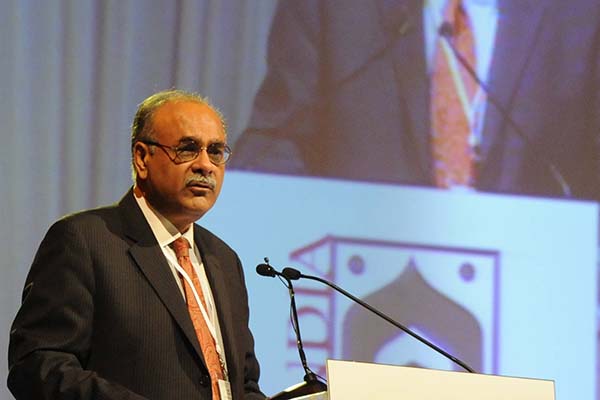 TV talk show host was until recently the interim chief minister of the Punjab.

Najam Sethi, 65, who worked as caretaker chief minister of the Punjab, was appointed the interim head of the Pakistan Cricket Board by Prime Minister Nawaz Sharif after orders this week from the Islamabad High Court to name someone to the post.

Zaka Ashraf, the previous PCB chairman, was ordered to halt work last month amid a row over his election which was criticized in some quarters as unfairly influenced by President Asif Ali Zardari, the board’s patron.

Ashraf, 60, became the first-ever elected chairman of the PCB last month under a new constitution demanded by the International Cricket Council to reduce political interference. Ashraf’s nomination was widely criticized by former players and officials who denounced it as politically motivated.

Former Pakistan Army cricket coach Ahmed Nadeem Sadal had challenged Ashraf’s appointment in court. The court had ordered the Inter-Provincial Committee—looking after sports in the country—to appoint an interim PCB chairman until the case is decided.

“I have been asked by the prime minister to fulfill limited responsibility and I will do my best to do that,” said Sethi. The journalist said his priority would be to facilitate the selection of the team for an upcoming tour of the West Indies. He will also attend the ICC annual general meeting later this week. “I will be facilitating the team selection, which was pending because of the suspension of the chairman, and then attend the ICC meeting.”