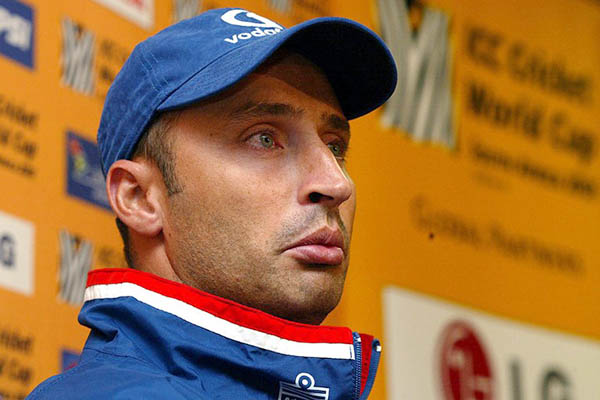 England, previously the only unbeaten team left in the eight-strong one-day international tournament and huge favorites to defeat Pakistan, were bowled out for just 211 in Cardiff on Wednesday. Pakistan, who suffered a 124-run thrashing by rivals India in their opening group game then cruised to their meager victory target with a mammoth 77 balls to spare.

The pitch played more like a sub-continental surface than a British one and England captain Eoin Morgan said afterwards: “Coming from Edgbaston, it was obviously a big jump in pace and bounce and too much of an ask for us to adjust to really.” Morgan added Pakistan were more comfortable because “they played two days ago on it [when beating Sri Lanka in a virtual quarter-final].”

But legendary Pakistan fast bowler Waqar Younis said blaming the pitch was a “lame excuse” and former England captain Hussain agreed. “There will be a lot of talk about the Cardiff pitch after Pakistan dumped England out of the Champions Trophy. But that won’t wash with me,” Hussain wrote in his Daily Mail column. “It’s disrespectful to Pakistan, who played brilliantly and made the best of the conditions.”

Meanwhile, Hussain lamented England’s “timid play,” which he said was in marked contrast to the way they had revived their ODI fortunes since a woeful first-round exit at the 2015 World Cup. “Their coach Trevor Bayliss has always asked for them to play smart cricket, not just gung-ho cricket. This was anything but smart. In fact, it was timid.”

Meanwhile Michael Vaughan, another ex-England captain, said in his Daily Telegraph column that he felt “flatter” than at the time of their World Cup exit two years ago. The Ashes-winning skipper added: “Here they had every facet covered with 10 of the 11 players in form and the side playing a style of cricket that makes them a match for any team in the world, so to play that badly in a semi-final, with everything riding on the game, was terribly disappointing.”

England came into the Champions Trophy with high hopes and had won 11 of their previous 12 ODIs before Wednesday’s reverse. “There were huge expectations they’d go on to win the tournament, I think justifiably so on the back of what they’ve done over the last year-and-a-half,” said Atherton. “As a result, the bar was set very high for this tournament, and they’ve failed to deliver—that’s the brutal truth of sport.”

England have never won a major ODI trophy despite appearing in 19 global events at this level since the inaugural World Cup back in 1975. Now England’s wait will continue until at least 2019—when they stage the next World Cup.