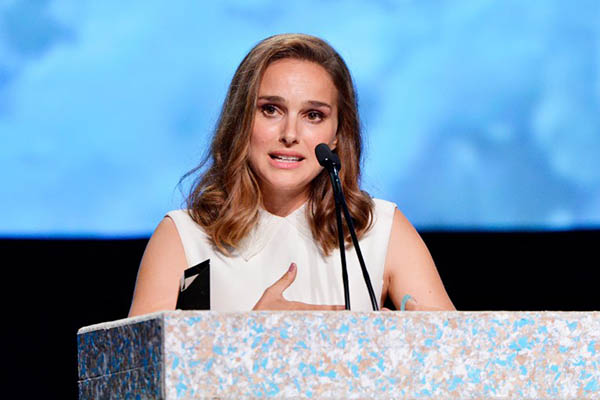 Oscar-winner says she is troubled by ‘recent events’ in Israel

Oscar-winning actress Natalie Portman has cancelled her participation in a Jerusalem ceremony where she was to receive a $2 million prize, saying she was troubled by “recent events” in Israel, organizers said.

The Genesis prize, launched in 2013, is awarded to “extraordinary individuals who serve as an inspiration to the next generation of Jews,” according to their website. Recipients contribute their winnings to causes of their choice.

The prize foundation was informed by one of Portman’s representatives that “recent events in Israel have been extremely distressing to her and she does not feel comfortable participating in any public events in Israel,” it said in a statement late on Thursday.

The U.S.-Israeli actress, an Academy award winner, “cannot in good conscience move forward with the ceremony,” Genesis was informed, forcing them to cancel the ceremony set for the end of June.

The foundation did not say which events distressed Portman, but Israel has come under scrutiny over its use of live fire over the past three weeks during protests and clashes on the Gaza border. Thirty-five Palestinians have been killed and hundreds wounded by Israeli forces since the protests began on March 30, according to Gaza’s health ministry.

Israel says its open-fire rules are necessary to defend the border, but the European Union and U.N. chief Antonio Guterres have called for an independent investigation into the deaths.

Israeli Culture Minister Miri Regev accused Portman of subscribing to the ideology of the Boycott, Divestment and Sanctions movement that promotes sanctions on the Jewish state. “I was sorry to hear that Natalie Portman has fallen like ripe fruit to the hands of BDS supporters,” Regev said in a statement given to Israeli journalists. Portman was effectively joining the ranks of those “relating to the tale of Israel’s success and wonder of rebirth as one of darkness and darkness,” Regev said, a reference to A Tale of Love and Darkness, the book by Israeli writer Amos Oz that Portman made into a film in 2015.

But Rachel Azaria, a member of the centrist Kulanu party, which is part of Prime Minister Benjamin Netanyahu’s governing coalition, said Portman’s cancellation should constitute a “warning light” to Israel. “She’s speaking for many in U.S. Jewry, especially the young generation,” Azaria wrote on Twitter. “Losing them might be too high a price.”

The million-dollar Genesis prize money had been doubled by an additional contribution in December, and Portman had announced her intention to dedicate the money to programs advancing women’s equality.