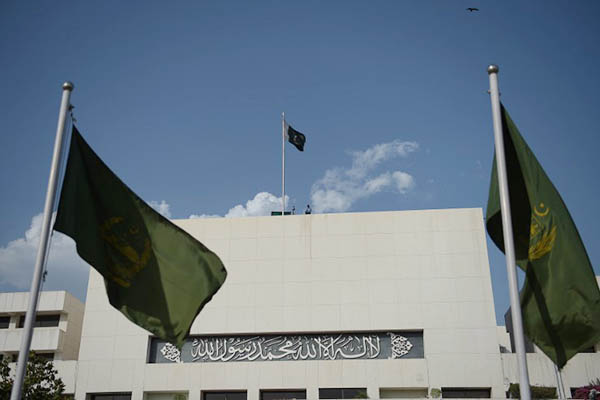 The National Assembly Standing Committee on Planning and Development on Tuesday cleared The China-Pakistan Economic Corridor (CPEC) Authority Bill 2020 with a majority vote despite dissent from the opposition.

Chaired by Pakistan Tehreek-e-Insaf MNA Junaid Akbar, the committee took up the bill, which had been blocked by the opposition in its last meeting. At the outset, a matter that had been brought up in the last meeting—that of the salary package being given to CPEC Authority Chairman Lt. Gen. (retd.) Asim Saleem Bajwa—was brought up for debate.

The Ministry of Planning and Development said the chairman was not receiving any salary since the expiry of the CPEC Ordinance in May. The opposition then maintained that the government had not addressed their objections to the creation of a new authority, with Pakistan Muslim League (Nawaz) lawmaker Ahsan Iqbal submitting a dissenting note with seven key points of concern.

In his dissenting note, Iqbal said the creation of CPEC authority was “superfluous and unnecessary.” He claimed the planning minister had, in the past, discharged the role diligently and effectively and could continue to do so.

Noting that effective implement of CPEC projects required all ministers to take full ownership, the PMLN leader said creating a separate authority would merely create confusion and sow conflict between the authority and linked ministers. He also claimed that the authority would make CPEC “top-heavy with members,” and establish a parallel setup to the Planning Commission, resulting in the formation of yet another “white elephant.”

Instead of forming the authority, he advised, the government should empower the Board of Investment, Commerce, Agriculture, Industries, and other relevant ministries. “If there is any support required for the Ministry of Planning and Development to deal with CPEC-related work … the CPEC secretariat should be strengthened instead of establishing CPEC Authority,” he added.

Despite the opposition’s concerns, the panel cleared the bill with a majority, as it comprises 10 PTI representatives and 1 of the PMLQ, a coalition partner of the ruling government.