Home Opinion National Internal Security Policy and the Road Ahead 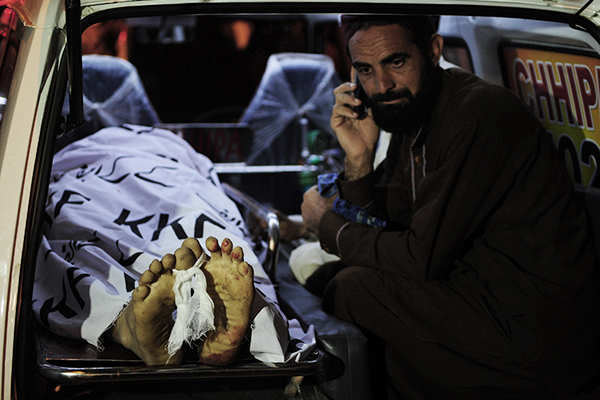 The document has taken about eight months to prepare. Its draft was completed end-November/early-December, and was to be placed before the cabinet on Jan. 20 but was taken off the agenda. Press reports at the time said that the draft was not discussed because of certain shortcomings. However, the Ministry of Interior rejected the news reports and said that given the schedule of the interior minister, Chaudhry Nisar Ali Khan, it was decided the draft would be tabled for the cabinet’s approval in the next meeting.

This draft was shared with me in the last week of December. I wrote a brief review of it and sent it to the interior minister on Jan. 3. The review only included my quick thoughts about certain areas of the policy. Given the interior minister’s interest in getting my input, the review was essentially meant as talking points rather than as an extensive critique. While that meeting never materialized because the minister and I kept missing each other, I held on to what I had written, as also the NISP draft, because it had been shared with me in confidence, and the contents of both the NISP and my review could not be made public.

However, now that the policy has been approved and some of its salient points have come into the public domain, I can share those talking points while still keeping from the public the details of the draft as received by me.

The policy divides itself into three parts: Strategic, Operational, and Secret. This classification is difficult to figure out because many operational strategies must be kept secret while the conceptual part of any policy must be up for debate. Put another way, while the overall thrust of a policy and its direction is a public document and can be debated, as also the institutions and organizations created thereunder, operational details are a different matter altogether and often must stay away from unauthorized public eye. The classification, as given by the NISP, is therefore hard to understand. Below, I reproduce the thoughts I had sent to the minister. The text remains the same except where I have explained some terms for which I had used abbreviations earlier.

Some Thoughts on the NISP Draft As Received:

The attempt to formulate an NISP is commendable. While Pakistan has tried to deal with its internal security threat through counterterrorism military operations (CT Mil Ops), it has failed so far to develop a comprehensive national security strategy (NSS) which could help direct operational strategies. The NISP, as the draft document concedes, is one aspect of a broader NSS. Nonetheless, it is an important step in terms of a review of the internal security situation. Without such a review, there can be no effective response to the threats we are currently facing. The direction is right, the will is manifest. What is required is a clear identification of the problem and its many facets. I will put it broadly and roughly as below:

The current draft attempts to cover these areas, which is encouraging. I will try here to follow the sequence of the document as numbered and raise some additional points.

These are just some points. They require to be fleshed out in greater detail. Each point will require its own modalities. My effort here was simply to highlight some aspects for further discussion.