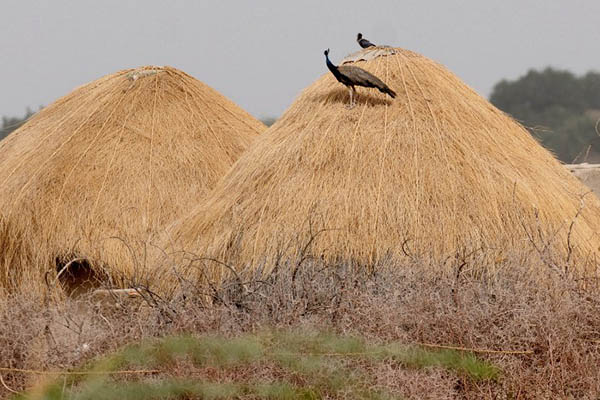 Chief Justice directs officials to submit ‘action plan’, as reports indicate that at least 62 children have died of malnutrition and disease in Tharparkar district.

At least 62 children have died in a district of southern Pakistan where thousands are suffering from malnutrition, officials said Monday, as the country’s top judge called the situation a national shame.

The disaster has sparked public outcry and diverted media attention away from the regular glut of militant attacks, with both Prime Minister Nawaz Sharif and Benazir Bhutto’s heir Bilawal Bhutto Zardari visiting the afflicted region.

Local authorities last week ordered a probe into the deaths, which occurred in a stretch of the Thar desert, which begins around 300 kilometers from Karachi and runs up to the border with India.

Chief Justice Tassaduq Hussain Jillani summoned top officials to the Supreme Court in Islamabad on Monday and said the country should “hang down our heads with shame” over the conditions that led up to the deaths and the failure of government to prevent them. Mumtaz Ali Shah, the home secretary for Sindh province where the desert lies earlier told the court: “At least 62 children died, mostly because of unusual cold weather leading to outbreak of pneumonia and poor medical facilities during last three months in Thar.”

But the province’s advocate general Fateh Malik said the situation was not as bad as had been portrayed by the media, claiming disasters were the norm in the impoverished area. He said 120,000 bags of food have been distributed so far and a compensation of Rs. 200,000 had been promised to the families of the dead. The court directed the officials to file a detailed statement about the situation with a plan of action next Monday.

Prime Minister Nawaz Sharif also arrived in Mithi, the capital of the Tharparkar district, on Monday to personally look into the situation, accompanied by Bhutto Zardari, whose Pakistan Peoples Party rules the province. “The provincial government should take steps to prevent any such incident in the future,” Sharif said, adding the federal government was ready to assist. He announced Rs. 1 billion for aid efforts in the region.

Poor health and communication infrastructure keeps the district disconnected from mainstream population. In 2000, the desert suffered a famine that killed 90 percent of the livestock, the economic mainstay of the area.

The image of politicians and their boot lickers stuffing their faces with delicacies in an area where poor Sindhis have died and are suffering from hunger makes one wonder at the great love poor Sindhis harbour for their oppressors.
They must really, truly madly love their Wadheras, Pirs and assorted scum whom they re-elect election after election so that they may consume more of the flesh of Sindhis.

Role of media is also questionable. Media has not played their part as they should have played.