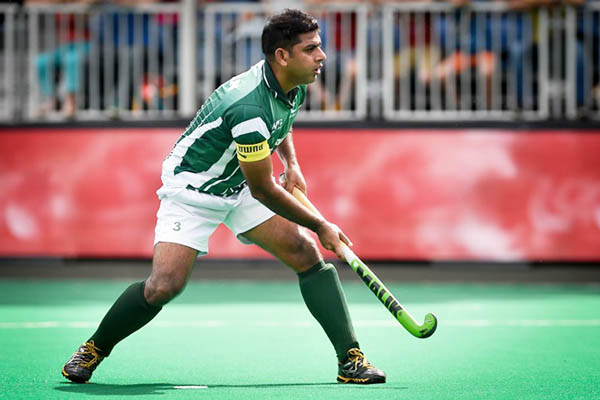 Pakistan’s field hockey team has been on the slide for years but the side’s failure earlier this month to qualify for the Olympics for the first time marks a calamitous new low. Former players have blamed corruption, officials living in denial and a failure to keep up with developments in the game prompting Prime Minister Nawaz Sharif to set up a committee to try to arrest the slide. But it has a monumental task.

Pakistan, three-time Olympic gold medalists and four-time world champions, finished a distant eighth in the World Hockey League in Antwerp, Belgium, earlier this month. They needed to finish at least fifth to qualify for the Rio 2016 Games but the former Asian masters suffered the ignominy of losing to newcomers Ireland and France.

Former Olympian Sami Ullah described the fall as inevitable after last year’s failure to qualify for the World Cup, also a first in an event that has existed since 1971. “The alarm bells should have been ringing last year when we went out of the World Cup but our officials never heeded that failure and this latest failure has sent our hockey in a coma,” he said.

The former left winger, nicknamed the “Flying Horse” for his extraordinary speed, was part of Pakistan’s successful team of the 1970s and ’80s.

Pakistan used to boast some of the world’s best players—the likes of Sami Ullah, right winger Islahuddin Siddiqui and playmaker Shahbaz Ahmed, who anchored Pakistan’s last World Cup victory in 1994 in Australia. But the sport has moved on significantly since those days, with technical innovations such as artificial turf as well as new tactics and frequent rule changes.

Former goalkeeper Mansoor Ahmed, whose penalty stroke save in the final helped Pakistan win the world title in 1994, said Pakistan were also badly lagging in fitness. “We did not keep pace with the changes in hockey,” he said. “Our players lack fitness, the officials and coaches are not fit for the task and above all, political influence destroyed our game.”

While European teams and Australia marched on with high levels of fitness, lasting 70 minutes on stamina-sapping turf, players from Asia were exposed.

Asia, once regarded as the superpowers of field hockey with South Korea emerging in 1980s, will only have one representative, India, at next year’s Games in Rio. India, the eight-time Olympic gold medalists, missed out on the 2008 Beijing Games but managed to regroup with a big injection of financial support.

Pakistan have been plagued with money woes, with head coach Shahnaz Shaikh and skipper Mohammad Imran blaming the lack of funding for the team’s failure. “I have been shouting for funds for the last year,” said Shaikh, a world famous left-side forward in his day. “Government needs to pour big money to lift hockey as we lack facilities.”

Imran said the lack of funding was having a serious impact on the players’ conditioning. “You can’t compete at international level eating chickpeas and bread,” he said, referring to the players’ diet in the pre-tournament camps. “We lived on a meager $20 daily allowance in Belgium, which was very tough on players.”

But the government has refused to release a grant, instead demanding an audit of the reported Rs. 1.2 billion funding given by the previous government in 2009.

Sami pointed the finger at the Pakistan Hockey Federation. “Any sport could have been lifted with money like that,” he said. “But there was corruption and the officials should be taken to task for misusing the funds which have brought the darkest period on our national game.”

With the national team in such a poor state hockey is struggling to attract youngsters in a country where cricket gets wall-to-wall media coverage. But Mansoor feels all is not lost.

“I still feel we can lift our hockey but for that we need to appoint a foreign adviser, most suitably an Australian because their style of play matches ours,” suggested Mansoor. “We have to do that first and develop players for modern hockey. Hockey is in our hearts and it will not die.”