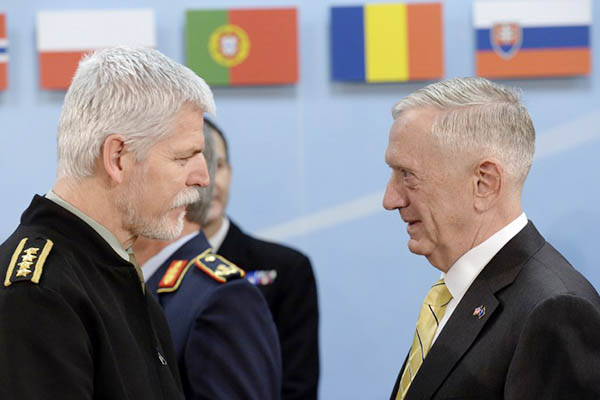 NATO’s top brass on Wednesday said they believed the alliance should consider joining the anti-Islamic State coalition put together by Washington to fight jihadists in Syria and Iraq.

The issue is top of the agenda at a NATO summit in Brussels next week, with U.S. President Donald Trump pushing the allies to take on a greater role in combatting terrorism. General Petr Pavel, head of NATO’s military committee, told reporters after chiefs of defense staff (CHODS) met in Brussels that it was time to look at this option.

All 28 NATO member states are in the coalition as individual countries and the alliance has supplied AWACS surveillance planes to help the coalition carry out operations but it has no combat role. Some member states, including France and Italy, have strong reservations about going further, fearing that NATO could get dragged into a drawn out war on the ground and be seen as a belligerent in one of the world’s most volatile regions. They are against NATO assuming eventual command in Iraq, taking over control from U.S. forces as it did in Afghanistan.

Pavel said that while NATO was stepping up its counter-terrorism help for Iraq, for example on training, and this would last a long time, “I don’t see it necessarily as a kind of mission similar to Resolute Support [in Afghanistan].”

Afghanistan has turned into NATO’s longest military campaign and although it halted its combat mission at end-2014, it remains heavily committed to training and advising Afghan government forces to hold off a resurgent Taliban.