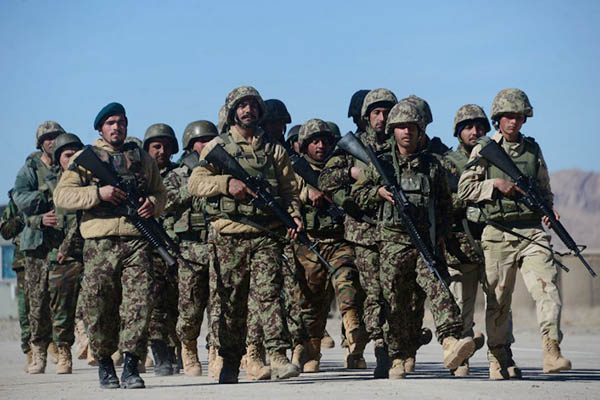 NATO Secretary General Jens Stoltenberg said on Wednesday that military chiefs wanted a few thousand more troops from the alliance to be deployed in Afghanistan to help combat Islamist insurgents.

The troops were needed to train local forces, Stoltenberg told reporters following talks with British Prime Minister Theresa May at her Downing Street office in London. “We have received a request from our military authorities to increase our military presence in Afghanistan with a few thousand troops,” he said. “We are now assessing that request. We will make decisions on the scale and the scope of the mission within weeks. But this is not about returning back to a combat operation in Afghanistan. It will be a train, assist and advise operation, because I strongly believe that the best answer we have against terrorism, the best weapon we have against terrorism, is to train local forces against terrorism and to stave ISIL off.”

There are currently around 13,000 NATO troops in Afghanistan training local forces. The issue will be high on the agenda at the NATO annual summit in Brussels on May 25.

U.S. authorities have written to NATO allies and partners about the future of the 28-country alliance’s presence in Afghanistan. Stoltenberg said: “We will address our presence in Afghanistan at the leaders’ meeting but we will also address what NATO can do to step up its efforts to fight terrorism, including providing support to the counter-ISIL coalition.”

“I strongly believe that the best thing you can do to fight against terrorism is to train local forces, enabling them to stabilize their own country and to fight terrorism themselves,” he said.

Since NATO’s combat mission in Afghanistan formally ended in 2014, Taliban attacks have intensified and Afghan military and civilian casualties have risen. Taliban dressed in Afghan army uniforms last month slaughtered at least 135 young recruits at a northern base.

The U.S., which is also targeting Islamic State group’s affiliate in Afghanistan, dropped its largest non-nuclear bomb on the group’s hideouts earlier this month. A British Ministry of Defense spokesman said: “The U.K. keeps its contribution in Afghanistan under regular review to ensure it remains suited for the needs of the mission.”