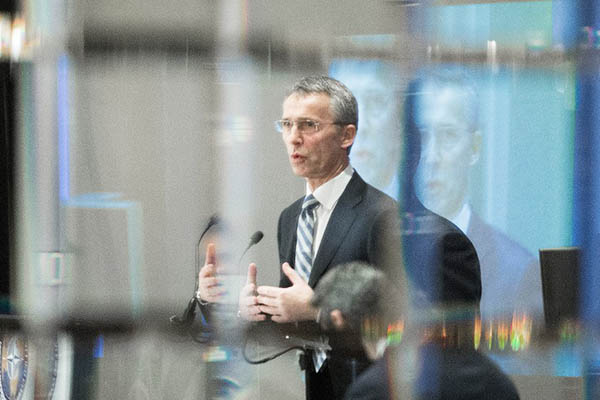 On Tuesday, Obama reversed plans to withdraw around 5,000 U.S. troops from Afghanistan this year after talks with the country’s new, reform-minded leader, President Ashraf Ghani.

NATO formally ended its war in Afghanistan in December after 13 years, with the conclusion of its International Security Assistance Force (ISAF) mission. Nonetheless, NATO personnel remain in the country in a training and advisory capacity.

In explaining the slowed troop withdrawal, Obama said he wanted to do everything possible to help Afghan security forces succeed in the country where some 2,300 U.S. soldiers died between 2001 and 2014. On a working visit to the U.S. capital, Stoltenberg, in office since October 2014, wasn’t received by Obama.

Asked about that, the secretary general said he’d met with Obama in the fall. “Our teams are looking into whether they can find mutual dates which fit both of us,” he said.