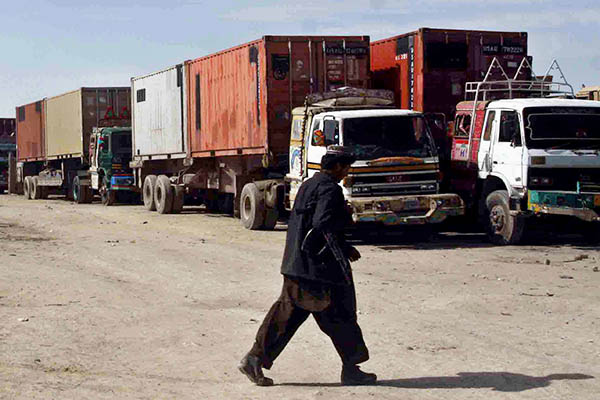 Frontier Corps personnel secured terminal after killing one attacker and forcing the others to flee.

Frontier Corps personnel on Wednesday foiled an attack on a NATO supply terminal in the northwest, killing one attacker and forcing others to flee, officials said.

The attack was mounted in the Jamrud area of the Khyber tribal district that borders Afghanistan, said government official Ali Sher. “The militants started firing on the terminal and tried to enter it,” Sher said, adding that the attack involved up to 12 people armed with automatic weapons and mortars. “The Frontier Corps retaliated and forced the militants to flee, leaving one dead body behind.”

An intelligence official in Jamrud confirmed the attack.

Pakistan is a key supply route for the U.S.-led mission in landlocked Afghanistan, particularly as NATO forces prepare to withdraw troops and equipment by the end of this year. NATO supply trucks, which carry everything from fuel to munitions and food, often come under attack on their journey between Karachi and border crossing points.

Pakistani supply lines have been disrupted in the past because of tensions between the U.S. and Pakistan. They were closed for nine months between November 2011 and July 2012 following a “friendly fire” incident in which coalition forces killed 24 Pakistani soldiers in an air strike.