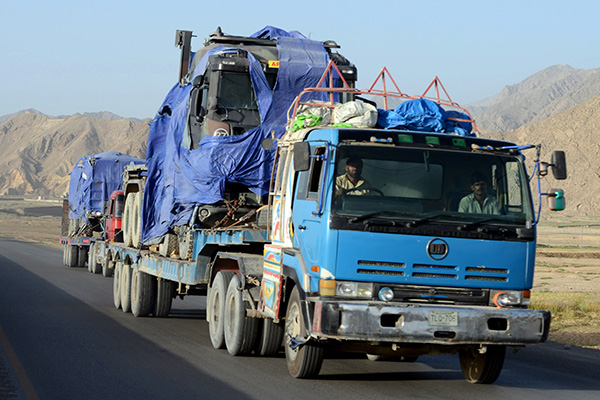 The attack took place in the Shagai area, 20 kilometers southeast of Landi Kotal in Khyber Agency, one of seven tribal areas on the Afghan border that are a haven for Taliban and Al Qaeda-linked insurgents.

“At least six people were killed and three other helpers were wounded after a gun-and-mortar attack,” local administration official Asmatullah Wazir told Newsweek. “Around 8 to 10 gunmen on motorcycles attacked four NATO containers with small arms and mortar shells and set ablaze three trucks, and damaged one other.”

Another administration official in Khyber confirmed the account. All three torched trucks were transporting vehicles to NATO-led forces in Afghanistan.

Pakistan is a key transit route for the NATO mission in landlocked Afghanistan, from where supplies are driven to the border from the Arabian Sea port of Karachi. From November 2011 to July 2012, Pakistan shut its Afghan border to overland NATO traffic after botched U.S. air raids killed 24 Pakistani troops. Pakistan and the United States have signed a deal allowing NATO convoys to travel into Afghanistan until the end of 2015.