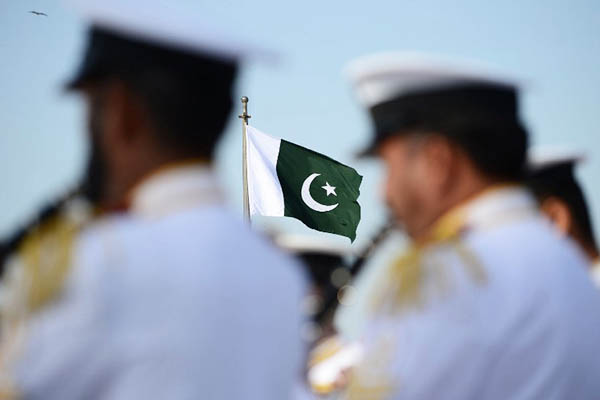 Intelligence official claims the officials were taken into custody over suspicion that they helped staged attack on Karachi dockyard.

At least three Navy officers have been arrested for helping militants attack a naval yard in Karachi in a strike that left a sailor and three attackers dead, officials said Friday.

Militants tried to storm the facility in Karachi, Pakistan’s only major port, last Saturday, though the authorities only released news of it some days later.

Al Qaeda’s new South Asia branch Thursday claimed responsibility for the raid, saying former military officers had helped in the attack. The Pakistani Taliban also claimed to be behind the attack and said they had inside help.

The arrests came in Quetta, the capital of Balochistan province, an intelligence source told AFP. “Three naval officials including two low-grade officers were arrested from Quetta and were taken to Karachi for further investigation,” the source said, speaking on condition of anonymity.  “We intercepted a car arriving from Karachi and arrested three officers suspected to be involved in the dockyard attack.”

A senior minister in the Balochistan provincial government confirmed the arrests, again on condition of anonymity. “The intelligence officials are investigating why they fled to Quetta—whether they wanted to cross the border into Afghanistan or hide in Balochistan,” he said.

Another intelligence official in Islamabad said more arrests were likely, and said claims of responsibility for the attack should be treated with caution. “The claims for the raid are not worthy to be trusted at this stage. We expect that the investigations will lead to a major breakthrough very soon,” he said.

It was the first attack claimed by Al Qaeda’s new South Asia wing, whose creation was announced by chief Ayman Al-Zawahiri last week. The claims, made on the anniversary of the 9/11 attacks in New York, will likely add to concerns about extremist infiltration of the Pakistani military’s ranks after the Taliban, when also claiming the attack, said they had received inside help.

The Al Qaeda group claimed that the target of the raid was a “U.S. supply ship” and said the dead attackers included former Pakistan Navy officers. It was not immediately possible to confirm whether a U.S. ship was present at the port. Militant groups in the region often exaggerate claims about attacks.