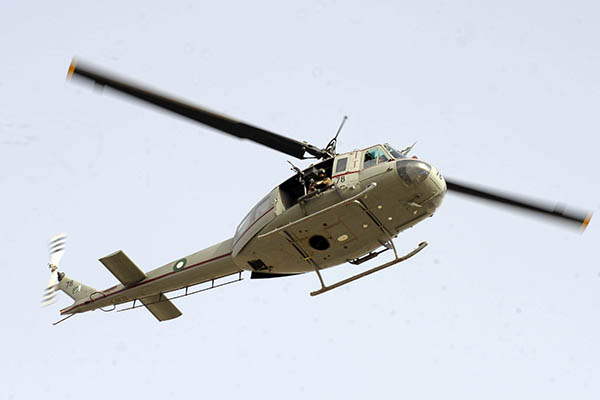 Rockets targeted copter while it was surveying damage in quake-hit Awaran district.

Militants fired rockets at a helicopter carrying the head of Pakistan’s disaster relief agency in the country’s quake-hit southwest on Thursday, military officials said, but no damage was done.

The helicopter with Maj. Gen. Muhammad Saeed Aleem, chairman of the National Disaster Management Authority, on board was flying over Awaran district in Balochistan province, the area worst hit by Tuesday’s 7.7-magnitude quake.

“Two rockets were fired on the helicopter and the target was missed,” according to a military official in Quetta. “The area is rife with insurgency and has presence of Balochistan Liberation Front insurgents.”

Another military official confirmed the attack and said everyone in the helicopter was safe.

Balochistan, Pakistan’s largest but least developed province, has been struggling with a violent separatist insurgency since 2004. The 7.7-magnitude quake that hit on Tuesday has killed nearly 350 people and made more than 100,000 homeless.