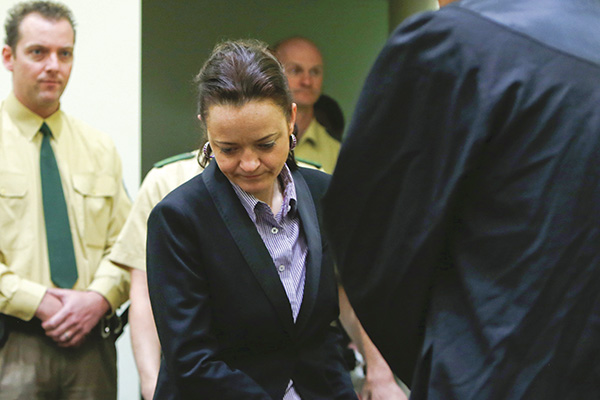 At 23, with long hair and a colorful bandanna, “Jens” looks much like any other German university student. But the studiously scruffy demeanor belies a darker side. Jens is an ex-neo-Nazi or, in his own words, “the most dubious person that exists.” As he puts it: “Leftwing groups view you as a spy; rightwing groups consider you a traitor. And the political center is just uncomfortable with you.”

How Germany deals with neo-Nazis—and those who want to leave their ranks—is an issue that’s received a lot of attention as the trial of accused neo-Nazi leader Beate Zschäpe has gotten under way in Munich.

Few people know as much about the issue as Daniel Köhler, a manager at Exit Deutschland, the leading NGO for the rehabilitation of German extremists. Since its inception 13 years ago, Exit has rehabilitated more than 500 rightwing radicals, with a relapse rate lower than 2 percent, according to the group. Once someone comes to Exit, they get a case manager who assesses the situation, says Köhler. “Are their lives at risk because of their defection? Do they have to move to a different city or state in order to minimize the threats against them? Do they need a new identity? Do they need therapy?”

It’s an effective method to deal with a serious problem. According to the Bundesamt für Verfassungsschutz, one of the country’s domestic intelligence services, there were 22,400 rightwing extremists in 2011, down from 26,600 in 2009. However, during that same period, the number of neo-Nazis increased from 5,000 to 6,000.

Getting individuals out can affect the collective strength of the extremist group. “It creates a huge hole in their ranks,” says Köhler. “There’s no more-effective way of combating rightwing extremism.”

As a teenager, Jens, who can’t reveal his real name publicly, felt himself drawn to an extreme-right group because it offered the attachment and closeness he didn’t have at home. At 18, he founded his own group. “For many, being a neo-Nazi is less about an ideology than about feeling strong in a group,” he says. “But after some time I realized that these people just wanted to get together to drink alcohol.”

Jens decided to join a more political group but, after a while, he found himself disagreeing with the group’s entire ideology. At 20, he was ready to leave. But the price of quitting is often a life in secrecy and fear, and so Jens turned to Exit, a group he credits with making the break possible.

Though living in fear of reprisals can be difficult, “I don’t see myself as a victim,” says Jens. “You have to take responsibility for what you’ve done.”