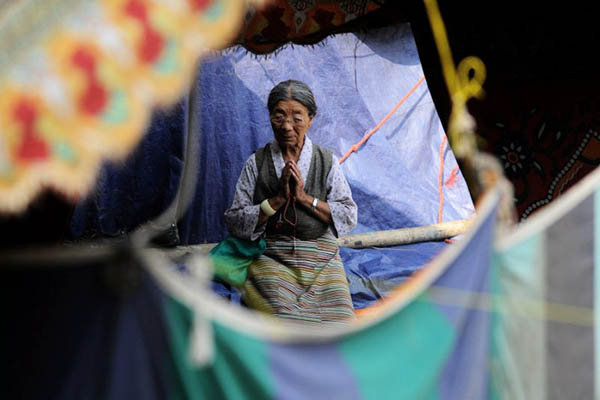 Huddled in a Kathmandu monastery, Nima Lama clutches his prayer beads and thinks of the family he lost when his home was destroyed by a torrent of ice and rock one month ago. His wife and parents were among the hundreds killed when the picturesque Langtang valley—home to a trekking village—was hit by a huge avalanche triggered when a massive 7.8-magnitude earthquake struck Nepal on April 25.

“It felt like a bomb had exploded, I hid behind a boulder as rocks fell everywhere,” the 35-year-old trekking guide told AFP in the monastery, as monks chanted prayers for the dead.

More than 8,600 people have lost their lives since the earthquake hit Nepal last month, followed by another on May 12, destroying nearly half a million houses and leaving thousands without food or water. The government estimates the disaster has already cost the impoverished country around $10 billion—half its annual GDP—and with the vital tourist industry now crippled, experts fear it will struggle to rebuild.

The avalanche destroyed access to the popular Langtang trekking route that once helped hundreds of villagers earn their livelihood and enabled Lama to build two thriving teahouses, both now destroyed. It turned a valley renowned for its beauty into a desolate graveyard, showering the village with rocks and ice and stripping bark from surrounding trees.

Frantic with worry, Lama joined soldiers and other villagers as they dug through the debris to find survivors and recover the bodies of loved ones. “It was like someone swept it up with a large broom. As I walked back I couldn’t tell where I was, everything was buried,” said Lama, who only survived as he was in a nearby hamlet on the day of the earthquake.

Security forces evacuated more than 500 survivors, including tourists, from surrounding villages while smaller landslides continued to rain down the slopes, ringed with snow-capped peaks.

A month on, the risk of landslides from the ongoing aftershocks still wracking Nepal has forced thousands of survivors to leave their homes and camp out in open fields. Although Lama, who is now living in a makeshift refugee center in the capital, and his fellow villagers are keen to return home, district officials say Langtang is not safe for human habitation until the avalanches and rockslides end.

U.N. humanitarian coordinator in the country Jamie McGoldrick warned that with just weeks left before the arrival of the monsoons, the window to help quake victims is closing fast. “Before it gets worse we have to get enough food supplies and shelter materials in high remote areas and also enough logistics to enable us to deliver [aid] in difficult to reach areas,” he said in an interview. 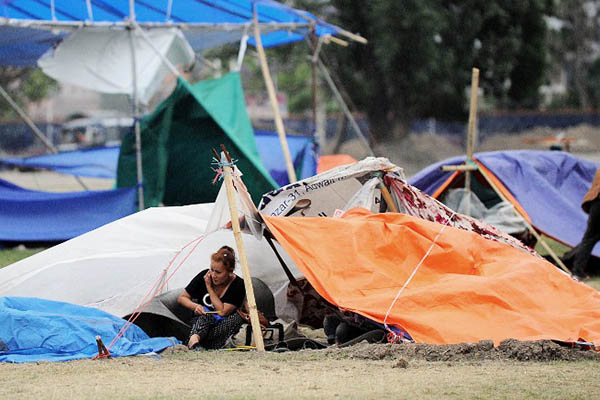 More than 20 countries have been involved in the rescue operations, but aid agencies are still struggling to cope and the U.N. says it has received only around a fifth of the $415 million it needs. Experts fear the situation could be compounded by a surge in food prices after the widespread destruction of farmland and irrigation networks, as well as loss of livestock.

The Asian Development Bank predicts food price inflation could reach double-digit levels, particularly as many farmers will be unable to plant crops for the next harvest before the rains arrive. “With the onset of the monsoon, further supply disruptions are likely due to landslides,” the bank warned in a blog.

Chandan Sapkota, economist at the ADB’s Nepal office, predicted GDP growth could slow to 3.8 percent this year, from 5.2 percent in 2014, due to a slowdown in agriculture, services such as tourism and other industries.

McGoldrick said Nepal, which has an annual budget of only $6.4 billion and has appealed for $2 billion to help rebuild its crippled infrastructure, will need support long after the initial search and rescue operations are over. “There should be an even-handed response to search and rescue, the relief phase and also the reconstruction phase… if you want to rebuild people’s lives,” he said.

For survivors like Lama, who is determined to return home and rebuild a life shattered by tragedy, such support will be crucial. “We all have a single voice, we want to go back to our own village,” he said. “But we have nothing left [and]… we cannot rebuild alone.”