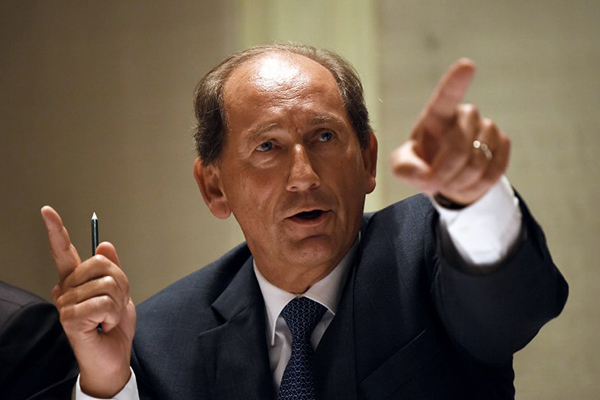 Paul Bulcke says the product is completely safe for consumption and hopes the ban over health concerns will be over soon.

Nestle chief Paul Bulcke said Wednesday he wanted to see its hugely popular Maggi brand of instant noodles back on the Indian market as soon as possible after it was banned over a health scare.

India’s food safety regulator on June 5 banned the product after tests that it said showed the noodles contained excessive levels of lead. “The only thing that interests me is to have the product back as soon as possible and that things are cleared up,” he told AFP in an interview while visiting the Milan expo. “We are doing all we can to make contact with Indian authorities at the earliest,” he said, adding: “The product is safe.”

Asked about the possible impact of the ban on jobs in India, he said production would resume “if we can resolve this fast.”

On Monday, the Swiss food giant said that the ban had led to 3.2 billion rupees worth of goods being withdrawn. A Nestle spokesman said it was the biggest ever withdrawal of a product by the company.

The world’s biggest food company is challenging the June 5 order from the government’s food safety regulator and is in the process of destroying more than 27,000 tons of Maggi noodles after halting production. The company had already announced it was pulling the product from sale when the Food Safety and Standards Authority of India imposed a ban following similar moves by some state governments.

Nestle does not give a breakdown of sales per brand but Jon Cox, an analyst at Kepler Cheuvreux, put it at around three billion Swiss francs a year.

The safety scare is a huge blow to the company, which has been selling its Maggi products for more than three decades in India, and has 80 percent of the country’s instant noodle market.  Maggi scored as one of India’s five most trusted brands in a consumer survey conducted last year. Several celebrities have endorsed Maggi over the years, including Bollywood superstar Amitabh Bachchan.