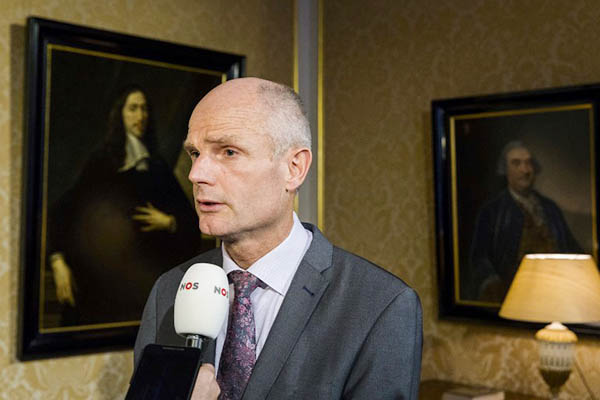 The Netherlands said on Monday it has pulled several embassy staff members from Pakistan over persistent threats, reportedly from Islamists angry over anti-Islam tweets by the far-right politician Geert Wilders.

Although the Dutch embassy in Islamabad remains open and visa requests are still being handled, “a whole number of people” have returned to the Netherlands, Foreign Minister Stef Blok said.

“Unfortunately Dutch citizens are being threatened, Dutch diplomats,” Blok told a news program on the NPO public broadcaster’s Radio 1 channel. “That is serious enough already” for the step to be taken, said Blok, adding that he had spoken with his Pakistani counterpart Shah Mehmood Qureshi about the issue.

Blok did not specify how many embassy staff were affected by the move.

Last week, the Netherlands said its ambassador Ardi Stoios-Braken has faced “threats” in Pakistan, apparently over “blasphemous depictions” by Wilders on Twitter.

Wilders in August called off a planned cartoon competition depicting Islam’s Prophet that stirred anger in Pakistan, but the M.P. has since posted several such images on the social network.

Labaik, founded in 2015, led protests in August calling for Pakistan to sever diplomatic relations with the Netherlands over the Wilders cartoon contest.

Labaik has denied making any threats.

Last week, the Pakistani lawyer who saved Aasia Bibi, a Christian woman convicted of blasphemy, from death row fled to the Netherlands. The Dutch gave Saif-ul-Mulook a temporary stay after he fled Islamabad when violence erupted following the Supreme Court’s acquittal of Bibi on the charges.

Thousands of Islamists poured onto the streets in protest calling for her beheading after Supreme Court judges overturned Bibi’s conviction.

One of the most vocal groups in the protests—Labaik—called for “mutiny” against the Army’s top brass and the assassination of the top court’s justices.

Following Bibi’s release, Labaik vowed to return to the streets if she was allowed to leave the country.

Canadian Prime Minister Justin Trudeau said on Monday his country was holding talks with Pakistan over potentially offering Bibi asylum in Canada. Her husband has appealed in particular to Britain, Canada and the United States, claiming that Bibi’s life would be in danger as long as she lived in Pakistan.