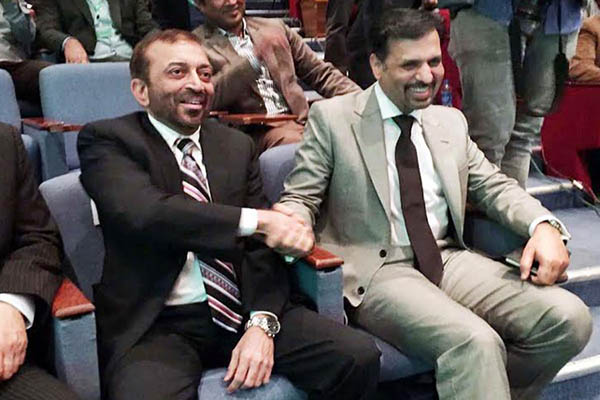 On Nov. 8, two factions of the Muttahida Qaumi Movement (MQM) announced their “merger” at a press conference in Karachi. MQM-Pakistan chief Farooq Sattar reluctantly nodded as his counterpart in the Pak Sarzameen Party, Mustafa Kamal, told a rather unruly congregation that the merger would mean the two parties would contest the 2018 general elections under “one name, one manifesto, one symbol and one party.” PSP, often said to be “put up” by “the state” to tame the post-Altaf MQM, internally agreed to the idea of the merger, but MQM-Pakistan was apparently not, as evidenced by some of its leaders resigning in protest, even as others approached archenemy Pakistan Peoples Party for membership. Sattar even tried to deny that it was a merger and that his MQM-P was really gone.

Only days ago Sattar was accusing “the state” of being behind the MQM desertions to PSP. What was more lethal for him, and could have precipitated his submission, was the assertion on the part of some deserters that he was still secretly aligned with Altaf Hussain, the London-based leader from whom he had announced his disconnection. One possible reason for his resistance to the state’s persuasion of joining the PSP was the many killers of the MQM underworld in Karachi who still take orders from Altaf Hussain. But then the desertions started, and finally when too many seemed inclined to jump ship, he decided to merge the parties with rival Kamal, already reported in the media as deployed by “the state” for a final taming of the MQM.

What is the plan behind this move by “the state” now fighting MQM’s criminal underworld in Karachi? The quid pro quo it was offering Sattar became clear in Kamal’s speech—alongside a visibly wincing Sattar—an entire army of party-workers now under scrutiny or under arrest and facing trial, would be “forgiven” (amnesty) after the two MQM fragments declare themselves as one party under a name that would not even hint at it serving the cause of the “migrants” (muhajir). Sattar also kept mum and didn’t even nod when Kamal announced the demise of the MQM and its rebirth as an all-Pakistan party of Pashtuns, Sindhis, Punjabis and the Baloch.