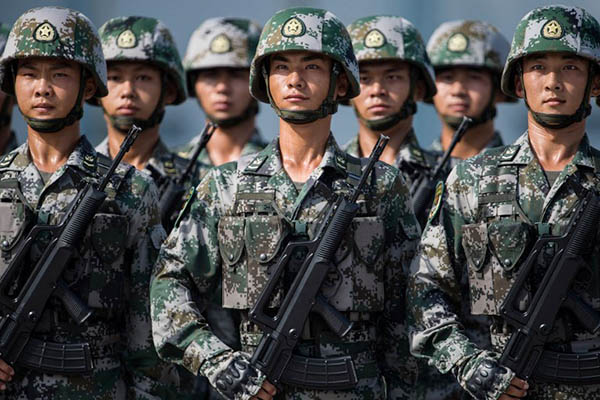 India condemned a new road that China is building on their Himalayan border on Friday, saying it raises “serious security” concerns between the rival neighbors.

Delhi hit back after Beijing made a formal protest this week, accusing Indian border guards of crossing into its territory to stop the construction. But India’s foreign ministry said on Friday that China’s People’s Liberation Army troops entered an area to “unilaterally” construct a road where the Bhutan, Indian and Chinese borders meet.

“India is deeply concerned at the recent Chinese actions and has conveyed to the Chinese government that such construction would represent a significant change of status quo with serious security implications for India,” said a foreign ministry statement.

India and China have long disputed parts of their Himalayan border, and regularly accuse troops from the other side of making illegal encroachments. The recent road construction prompted Bhutan to lodge a formal protest to China, saying it had violated a bilateral agreement, urging China to stop building the road.

Bhutan and China dispute sovereignty of the land where the road is being built. The showdown is, however, part of a wider friction between India and China over the 4,057-kilometer border.