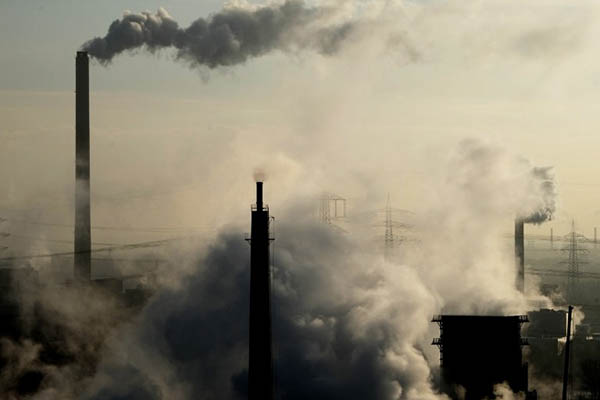 While scientists agree humanity needs to phase out coal within 35 years, thousands of new plants are being planned that would doom hopes of keeping global warming to safer levels, analysts said Tuesday.

Greenhouse gas emitted by these 2,440 potential plants—on top of those already in operation—would breach the U.N. target of restricting the planet’s temperature rise, according to a mid-range estimate by Climate Action Tracker (CAT), a respected research group.

Members of the U.N. are striving for a pact to keep warming under two degrees Celsius higher than pre-industrial levels. Even if no new plants are built, emissions from coal-fired power generation in 2030 would be about 150 percent higher than they should be for staying under the 2C ceiling, said the CAT report, issued on the sidelines of the climate talks in Le Bourget.

“There is a solution to this issue of too many coal plants on the books: cancel them,” said Pieter van Breevoort of Ecofys, an energy research organization which is part of the CAT project. “Renewable energy and stricter pollution standards are making coal plants obsolete around the world, and the earlier a coal plant is taken out of the planning process, the less it will cost.”

Cutting emissions is a core aim of 195 nations spending the next 10 days in Paris negotiating what is touted as a landmark post-2020 deal to roll back global warming. Despite the need to phase out greenhouse gas pollution from the energy sector, many nations—including the United States and European Union countries—are planning to build new coal-burning plants.

New capacity is also a key plank in the energy strategies of emerging giants like China and India, seeking a cheap and plentiful fuel for their growing economies and populations.

The planned new plants—along with existing ones which will still be running in 2030—would send global emissions some 400 percent over the trajectory 2C, according to the CAT report, compiled by four climate change research bodies. The estimate is based on a middle-of-the-range scenario for emissions.

It said there are ways to increase coal use safely, but these would require large sums of money spent in the second half of the century on technology, including capturing and storing carbon emissions. With carbon capture and storage (CCS) technology, emissions from power plants and other sources like steel mills are trapped and stored underground, out of harm’s way. Doing so would add significantly to the cost of cutting emissions, raising questions of its viability.

“Renewables are so cheap that it does not make sense to deploy CCS… It’s simply too expensive,” Bill Hare, chief executive of the Climate Analytics think tank, told reporters in Paris. “From the CO2 emissions reduction perspective, we are far better off going to renewables and efficiency.”