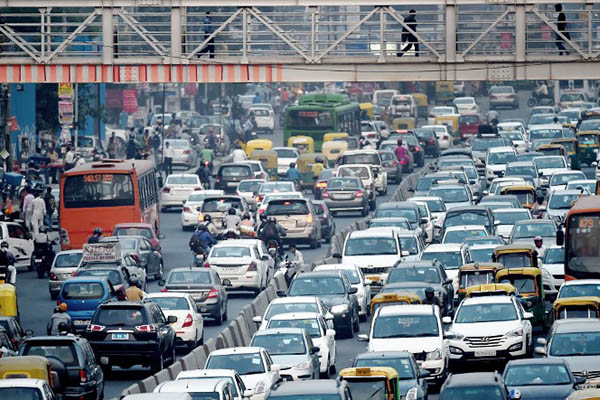 New Delhi will restart draconian driving restrictions that will take around a million cars off the roads, to combat air quality in the world’s most polluted capital, the government said Thursday.

The Delhi government first introduced the experiment for two weeks in January as dangerous levels of haze choked the city, allowing private cars on the roads only on alternate days. Chief Minister Arvind Kejriwal said the city’s population overwhelmingly backed the scheme, although there was little evidence that last month’s trial made an obvious difference to air quality.

“We have taken feedback from people through emails, mobile phones, website and neighborhood meetings. Overall, 81 percent people in Delhi have said odd-even should be brought back,” Kejriwal said at a news conference.

Kejriwal urged Delhi’s residents to again comply with the scheme set to run for two weeks in April, in an attempt to bring down pollution levels that sometimes reach more than 10 times the World Health Organization’s safe limits.

He said he was mulling making the odd-even license plate scheme permanent, although not “until the public transport system has been made better.”

Delhi commuters have been generally positive about the January trial, although mostly because it freed up traffic on the city’s usually clogged roads. The Supreme Court has also backed the scheme, dismissing a slew of legal challenges, while even top judges carpooled during the trial.

The Delhi government introduced the scheme as part of a wider anti-pollution drive, after courts themselves took action including banning new, large diesel-guzzling SUVs. The city’s air usually worsens in winter as cooler air traps pollutants and people light fires to stay warm.

A 2014 WHO survey of more than 1,600 cities ranked Delhi as the most polluted, partly because of the 8.5 million vehicles on its roads, with 1,400 more added every day. Environmentalists have welcomed the restrictions, but say they are unlikely to make a dramatic difference in the short term.