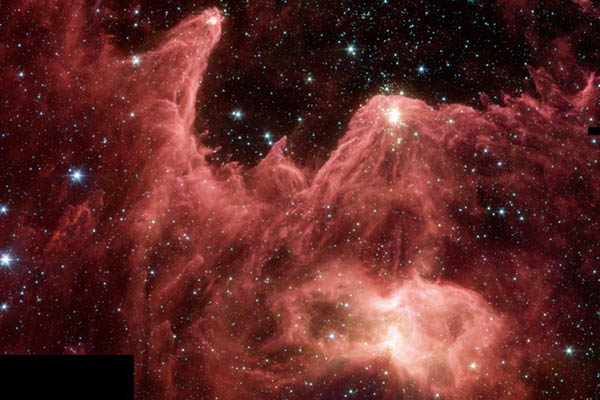 If confirmed by experts, the detection of gravity waves as proof of cosmic inflation could be considered a contender for the Nobel Prize.

Waves of gravity that rippled through space right after the Big Bang have been detected for the first time, in a landmark discovery that adds to our understanding of how the universe was born, U.S. scientists said Monday.

The waves were produced in a rapid growth spurt 14 billion years ago, and were predicted in Albert Einstein’s nearly century-old theory of general relativity but were never found until now.

The first direct evidence of cosmic inflation—a theory that the universe expanded by 100 trillion trillion times in barely the blink of an eye—was announced by experts at the Harvard-Smithsonian Center for Astrophysics. The detection was made with the help of a telescope called BICEP2, stationed at the South Pole, that measures the oldest light in the universe. If confirmed by other experts, some said the work could be a contender for the Nobel Prize.

The waves that move through space and time have been described as the “first tremors of the Big Bang.” Their detection confirms an integral connection between Einstein’s theory of general relativity and the stranger conceptual realm of quantum mechanics.

NASA said the findings “not only help confirm that the universe inflated dramatically, but are providing theorists with the first clues about the exotic forces that drove space and time apart.”

John Kovac, leader of the BICEP2 collaboration at the Harvard-Smithsonian Center for Astrophysics, said years of observations using the telescope at the South Pole preceded Monday’s announcement. “Detecting this signal is one of the most important goals in cosmology today. A lot of work by a lot of people has led up to this point.”

The telescope targeted a specific area of sky known as the “Southern Hole” outside the galaxy where there is little dust or extra galactic material to interfere with what humans could see with the potent sky-peering tool. By observing the cosmic microwave background, or a faint glow left over from the Big Bang, small fluctuations gave scientists new clues about the conditions in the early universe. The gravitational waves rippled through the universe 380,000 years after the Big Bang, and these images were captured by the telescope.

“It’s mind-boggling to go looking for something like this and actually find it,” Clem Pryke, associate professor at the University of Minnesota, told reporters at an event in Boston to announce the findings.

Rumors of a major discovery began to circulate Friday, when the press conference was first announced. However, scientists said they spent three years analyzing their data to rule out any errors. “This has been like looking for a needle in a haystack, but instead we found a crowbar,” said Pryke.

Harvard theorist Avi Loeb said the findings provide “new insights into some of our most basic questions: Why do we exist? How did the universe begin? These results are not only a smoking gun for inflation, they also tell us when inflation took place and how powerful the process was.”

John Womersley, chief executive of the Science and Technology Facilities Council, which funds British research into cosmology, said the advance adds to our knowledge of one of the three key pillars of modern cosmology—inflation, dark matter and dark energy. “Without inflation we would not be here,” he said.

Theoretical physicist Alan Guth, who proposed the idea of inflation in 1980, described the latest study as “definitely worthy of a Nobel Prize.”

Chris Lintott, an astrophysicist at the University of Oxford, said that finding evidence of this super-fast inflation would be considered the “most significant cosmological discovery in nearly two decades, and a huge triumph for physics.”

“It’s like all our Christmases at once,” he said. “I doubt many cosmologists will get much sleep tonight.”