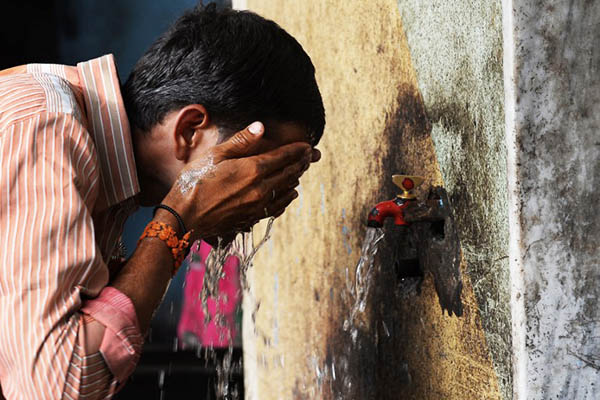 October is sixth month in a row to have heat records shattered across the planet.

Last month was the hottest October in modern history and the first 10 months of the year have also set new records for worldwide warmth, U.S. government scientists said Wednesday.

The latest data means that 2015 is firmly on pace for being the most scorching since 1880, as global warming concerns mount ahead of key climate talks in Paris starting later this month. October marked the sixth month in a row that heat records were shattered across the planet, said the monthly report by the U.S. National Oceanic and Atmospheric Administration.

“The globally averaged temperature over land and ocean surfaces for October 2015 was the highest for October since record keeping began in 1880,” said NOAA. “The year-to-date [January-October] was also record warm.”

So far this year, the average temperature across land and ocean surfaces has been 1.55 Fahrenheit (0.86 Celsius) above the 20th century average. “This was the highest for January-October in the 1880-2015 record, surpassing the previous record set last year by 0.22 F (0.12 C),” said NOAA. “Eight of the first 10 months in 2015 have been record warm for their respective months.”

Parts of southern South America, Eastern Europe and Russia were cooler than average. Arctic sea ice was at its sixth lowest level since 1979.

No Hesitation in Taking ‘Tough’ Steps to Strengthen...