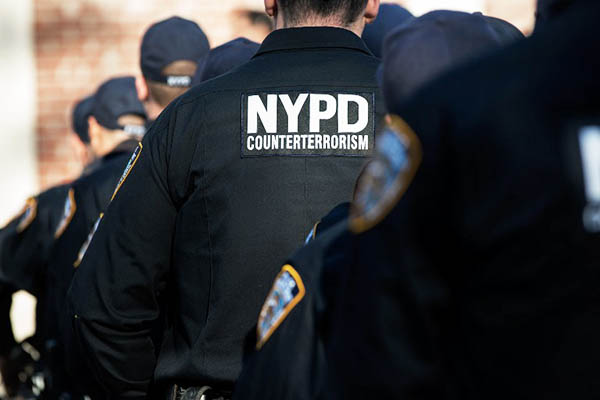 Mayor de Blasio assures residents there is no specific or credible threat.

New York City police said Wednesday they were aware of a new Islamic State video targeting their sprawling metropolis, but stressed there was “no current or specific threat.”

As the video emerged just days after the deadly terror attacks in Paris, Mayor Bill de Blasio vowed that the people of his city will not be frightened into changing their daily lives. “The people of New York City will not be intimidated. We understand it is the goal of terrorists to intimidate and disrupt our democratic society. We will not submit to their wishes,” de Blasio told reporters beneath Times Square’s bright lights. “There is no specific and credible threat against New York City. So it’s crucial that people go about their normal business,” De Blasio said.

He stressed that the NYPD was “providing extraordinary protection” with 35,000 members. “And just in this last week, we initiated the first wave of our critical response command which will grow to 500-plus officers specifically dedicated to anti-terrorism activities,” the mayor added.

NYPD Commissioner Bill Bratton said the video itself was “nothing new.”

“It is a mishmash of previously released video. We believe it’s a compilation of videos going back to one in August that was directed against Germany, one in October directed against Israel, and 19 seconds of about a five-and-a-half minute video released today had scenes of New York,” he explained. “In New York we understand that we are a terrorist target,” Bratton said. “But do not be afraid. The NYPD will protect you,” Bratton said. “We will not be intimidated, and we will not live in fear.”