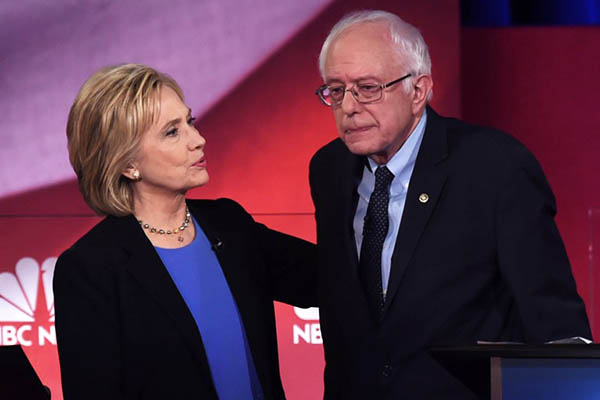 The New York Times on Saturday endorsed Hillary Clinton for the Democratic presidential nomination and Ohio Governor John Kasich for that of the Republicans.

The Times editorial board opted for a front-runner and a moderate underdog in endorsing Clinton for the Democrats and Kasich for the Republicans. “Voters have the chance to choose one of the most broadly and deeply qualified presidential candidates in modern history,” the newspaper said of Clinton, a former secretary of state, senator from New York and First Lady.

Clinton is in a dead heat with Bernie Sanders in Iowa, and the Vermont senator is leading the polls in New Hampshire, the next primary state, which votes Feb. 9. Nationally, though, Clinton is ahead by a wide margin.

The Times credited Sanders with generating enthusiasm among Democratic voters, but in the end, it said, he “does not have the breadth of experience or policy ideas that Mrs. Clinton offers.”

The Times noted that it has endorsed Clinton on three previous occasions—twice when she ran for senator in New York, and in 2008 when she ran unsuccessfully for president against Barack Obama. In assessing the Republican candidates, The Times appeared to have settled on Kasich through a process of elimination.

It rejected Donald Trump, who has dominated the Republican race thus far, as a populist “who invents his positions as he goes along.”

“Mr. Trump has neither experience in nor interest in learning about national security, defense or global trade,” it said. It dismissed Senator Ted Cruz, number two in the Republican field, as driven solely by personal ambition. “Mr. Cruz will say anything to win. The greater worry is that he’d follow words with action,” The Times said. Kasich, “though a distinct underdog, is the only plausible choice for Republicans tired of the extremism and inexperience on display in this race,” The Times concluded.