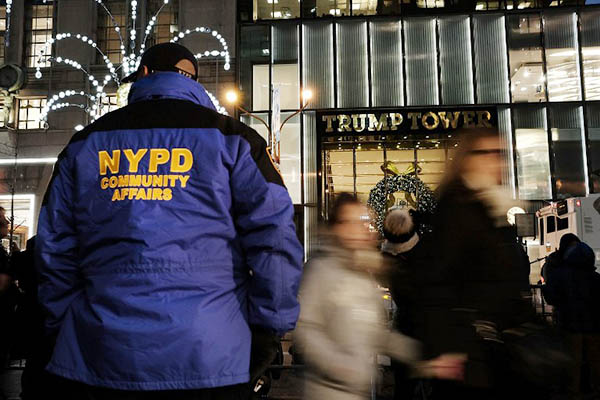 New measures allow beards of up to half an inch and blue standard-length turbans.

New York police officers will be allowed to wear beards and turbans while in uniform in accordance with their religion, a measure long demanded by Sikh and Muslim officers.

Sikh policemen in New York who request to do so will now be able to wear standard-length turbans, provided they are blue. They had previously been limited to wearing small turbans that fit under regular police caps. Sikh and Muslim policemen will also be allowed to grow beards up to half an inch long, instead of the one millimeter currently allowed.

“We’re making this change to make sure that we allow everybody in New York City that wants to apply and have the opportunity to work in the greatest police department in the nation, to make sure we give them that opportunity,” U.S. media quoted Commissioner James O’Neill as saying in a speech to graduating recruits of the Police Academy late Wednesday. “We want to make the NYPD as diverse as possible, and I think this is going to go a long way to help us with that.”

Only a few U.S. municipal police forces currently allow officers to have facial hair and wear turbans, including Washington and Riverside, California, according to The New York Times.

The revised policy, expected to be finalized next month, comes after a Muslim policeman filed a complaint against New York police last summer when he was suspended for wearing a beard that did not comply with regulations. But the policeman, Masood Syed, says the new policy falls short. He wants officers to be allowed to grow beards up to two inches long, CNN reported.