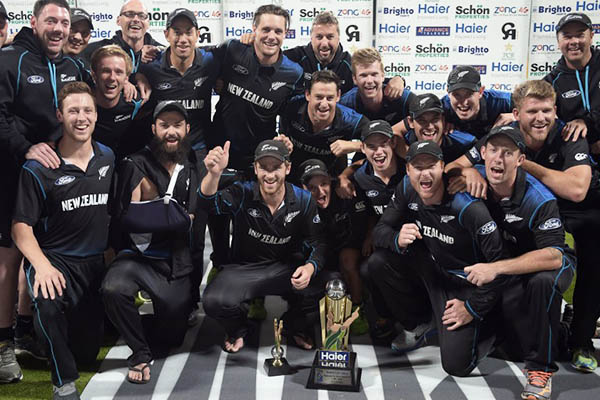 New Zealand beat Pakistan by 68 runs in the fifth and final day-night international in Abu Dhabi on Friday, taking the five-match series 3-2.

Chasing a daunting 276-run target, Pakistan were bowled out for 207 in 43.3 overs with paceman Matt Henry returning career best figures of 5-30. Haris Sohail top-scored with 65 while Ahmed Shehzad made 54.

New Zealand were lifted to 275-4 by skipper Kane Williamson who made 97 while Ross Taylor scored an unbeaten 88.

Pakistan won the first and third matches while New Zealand came back to level the series in second and fourth games. The two sides had shared the preceding three-Test and two-Twenty20 series 1-1.