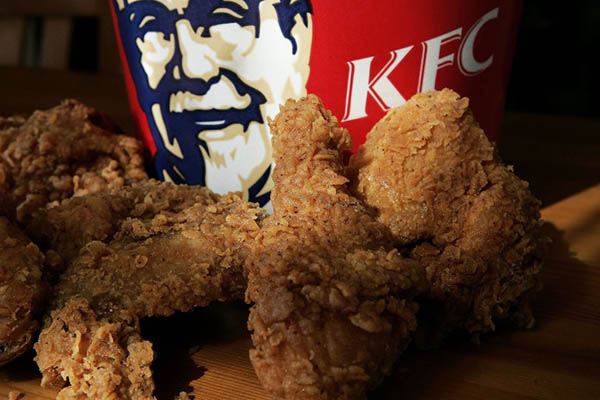 Global restaurant chain denies recipe is the one used for their chicken products.

Is the secret KFC recipe a secret no more? A U.S. newspaper says it may have inadvertently stumbled upon the closely guarded blend of spices and herbs that coat the global restaurant chain’s signature fried chicken.

A key ingredient, according to the Chicago Tribune, is white pepper—the aromatic kin of regular pepper, but without the dark skin. The newspaper sent a reporter to write a story about Corbin, Kentucky—a small lakeside town where the first KFC chicken was served more than 75 years ago, and the hometown of KFC founder Harland Sanders.

There he met Sanders’s 67-year-old nephew Joe Ledington, who still lives in the town. Sifting through a family scrapbook, Ledington displayed a handwritten recipe, the Tribune reported. “That is the original 11 herbs and spices that were supposed to be so secretive,” Ledington told the newspaper, which said that he appeared less sure about the recipe’s authenticity in a subsequent phone interview.

The KFC company was not as coy, insisting the secret is still safe. “Many people have made these claims over the years and no one has been accurate—this one isn’t either,” it said in a statement.

KFC heavily publicizes its secret recipe, insisting it’s kept safely in a vault and transported in an armored truck.

However, many recipes online claim to duplicate the KFC fried chicken taste. And if the Tribune’s latest recipe claim is not accurate, it may be awfully close.

The newspaper said it tried out the recipe in its test kitchen and compared it to KFC Original Recipe Chicken. It found its chicken “virtually indistinguishable from the batch bought at KFC.”

News of the mere possibility the newspaper may have stumbled on the long-sought recipe caught the attention of other U.S. media. But a newspaper in Louisville, Kentucky—home to the headquarters of the KFC corporate giant, which oversees restaurants in more than 18,000 locations worldwide—was skeptical. “Too much paprika,” a Courier-Journal reporter proclaimed. “So I’ll side with KFC on this.”

Canada Hits Back at U.S.