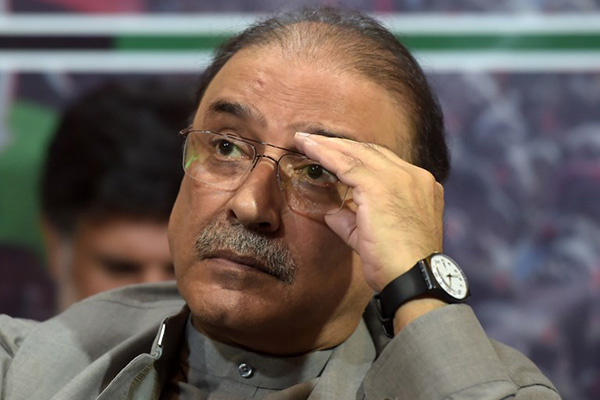 The next few months are key to Pakistan’s political future, Pakistan Peoples Party Co-Chairman Asif Ali Zardari said on Sunday, warning that the incumbent government might commit a dangerous “blunder” in an attempt to avoid public pressure.

“It [the PTI-led government] might commit a blunder in the current situation, putting the country into grave danger,” he told PPP Punjab General Secretary Chaudhry Manzoor during a telephone call, according to a statement issued by the party. “The [opposition’s] Pakistan Democratic Movement (PDM) is united and will continue its onslaught against the government from all directions,” he added.

The former president emphasized that the time had come for the PTI government to be sent packing, warning that the inexperience and ineptness could plunge the country into a major crisis. “The PDM will use all available options to gradually get rid of the PTI government,” he said, adding that the current regime could no longer be permitted to hide behind the COVID-19 pandemic. He also claimed that the government, despite claims to the contrary, would be unable to procure a coronavirus vaccine or make it available to the public for free.

Comparing the PPP’s tenure in power—from 2008-3013—to that of the incumbent government, Zardari claimed his party had increased the country’s exports from $19 billion to $26 billion despite a global economic recession. Similarly, he said, the PPP government had increased public servants’ salaries by 125 percent and pensions by 100 percent.

“These selected rulers will fall under their own weight and they just need a last push,” he claimed. “Together with the PDM, the PPP will send this failed and incompetent lot home,” he added.