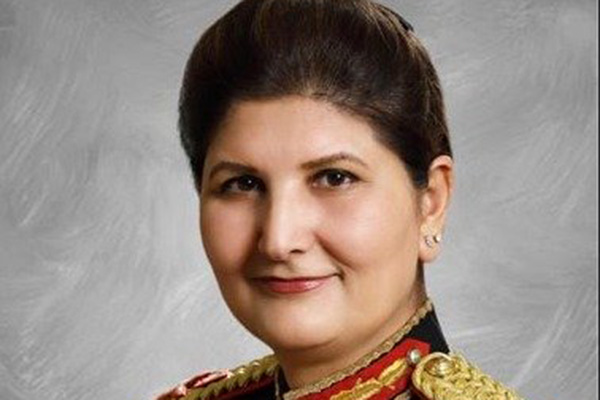 Nigar Johar on Tuesday became the first woman officer of the Pakistan Army to be promoted to the rank of lieutenant general, with a statement issued by the Inter-Services Public Relations (ISPR) saying it was due to her performance in various leadership roles.

According to the ISPR, Lt. Gen. Johar, currently serving as commandant of the Pak-Emirates Military Hospital in Rawalpindi, would now assume the role of surgeon general—the first woman to be appointed to the Pakistan Army post.

Lt. Gen. Johar has had a storied career in Pakistan’s armed forced. She has won the Tamgha-e-Imtiaz (Military) for services to the state, as well as the Fatima Jinnah Gold Medal for her meritorious services in the Army Medical Corps.

In 2017, she became the third female officer in the history of Pakistan to reach the rank of major general and also served as the first-ever female deputy commandant of the Combined Military Hospital, Rawalpindi in 2015.

Born in Panjpir village in Swabi district of Khyber-Pakhtunkhwa to a Pashtun family, Johar completed her early education from the Presentation Convent Girls High School, Rawalpindi in 1978, and graduated from the Army Medical College in 1985. She is from the 5th Bachelor of Medicine and Bachelor of Surgery course of the Army Medical College and served as the woman’s Company Commander at the same college. She is also the national instructor of Hospital Preparedness for emergencies.