Home Lightbox Nike to Debut a Hijab for Muslim Athletes

Nike to Debut a Hijab for Muslim Athletes 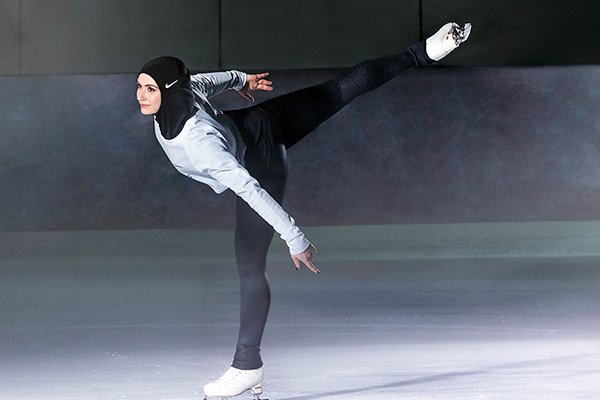 Nike says it will launch next year a head covering for Muslim women, an athletic garment it has dubbed the “Pro Hijab.”

The company joins a short list of designers and apparel purveyors now making clothing expressly for Muslims, who comprise a quarter of the global population.

Nike this week released a video showing female athletes wearing the hijab, which bears a big “swoosh”—the company logo—prominently on the side.

The single layer, pull-on elasticized garment made of polyester was highlighted in an ad on the company’s Facebook page in which it was worn by prominent Muslim athletes. News reports said the hijab has been tested by athletes including Zahra Lari, the first figure skater from the United Arab Emirates to compete internationally; Manal Rostom, a runner and triathlete living in Dubai; and Amna Al Haddad, an Olympic weight lifter from the United Arab Emirates.

Nike’s Facebook page showed a variety of reactions to the announcement, including effusive praise from some posters like Azra Baig. “Thank you Nike for the Nike Pro Hijab!! As a Woman, a Muslim, a mother of two daughters, a Marathoner and fitness supporter I so appreciate this athletic wear!” she wrote. “Millions of Muslim Woman around the World say Thank You Nike!!”