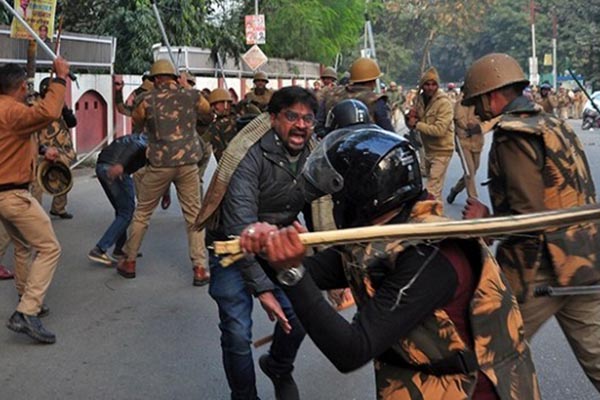 Now in their second week, the demonstrations have prompted government to block internet access, ban large gatherings of people

The death toll from violent clashes between protesters and Indian police climbed to nine on Thursday, as the unrest triggered by a controversial citizenship law continued into its second week.

Three protesters were shot dead during protests on Thursday, reported news agency AFP, adding to the six that died last week. Two of the deaths occurred in the southern city of Mangaluru and one in Lucknow in northern India, according to hospital officials. Two of the dead protesters—one in Mangaluru and one in Lucknow—had been shot, they said. A curfew was imposed later in parts of Mangaluru, reported Reuters.

The inciting legislation, emerging as a major challenge to Prime Minister Narendra Modi, makes it easier for non-Muslims from Afghanistan, Bangladesh and Pakistan to get Indian citizenship. It has raised fresh fears that Modi wants to erode India’s secular status and transform it into a Hindu nation, a charge he denies.

On Thursday, tens of thousands took to the streets nationwide, defying bans on large gatherings of people. In Mangalore, security forces opened fire on a crowd of around 200 people after they ignored orders to disperse, police spokesman Qadir Shah told AFP. In addition to the two people killed, four others were in hospital with gunshot wounds. Supporters of the bill also held a counter-demonstration in Gujarat, Modi’s home state in western India.

Fresh clashes erupted in Lucknow on Friday after police halted a few hundred people on their way to a planned protest. According to AFP, security forces fired tear gas and charged the crowd with batons to force their dispersal.

While there were no major incidents in capital Delhi and Bangalore, police have reportedly detained hundreds of people over their defiance of bans on assembly. In the financial capital Mumbai, over 5,000 protesters gathered on Thursday evening, forcing the police to impose traffic restrictions.

In their bid to contain the situation, authorities have imposed emergency laws, blocked internet access, and shut down shops and restaurants in sensitive pockets nationwide. In Uttar Pradesh—home to over 200 million people—mobile internet and text messaging services were cut in several areas including in Ghaziabad, which neighbors Delhi, reported AFP.

Mobile phone services were also briefly suspended on Thursday in parts of Delhi.

Rights group Amnesty International has asked federal and state governments to stop the crackdown on peaceful protests against what it called a “discriminatory” citizenship law.