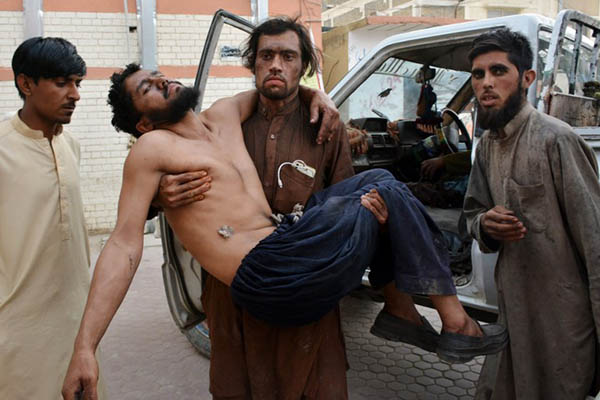 Four others injured after roof collapses in Darra Adam Khel

Nine miners were killed and four injured when the roof of a coal mine collapsed on Wednesday in Darra Adam Khel, officials said.

The incident, the second fatal coal mining accident in Pakistan in a month, happened in Akhurwal village as workers entered the coal mine at the start of the day, senior local administration official Shahid Ilyas told AFP.

He said the nine bodies and all the injured workers were later pulled out of the mine, with two seriously wounded.

A senior local police official, Muhammad Ejaz, confirmed the incident and said they were investigating.

Pakistan’s coalmines are notorious for poor safety standards. At least 18 miners were killed after a blast tore through a coal mine in Sinjidi village near Quetta on Aug. 13. In a similar incident, at least 43 miners were killed in Sorange district of Balochistan in 2011.