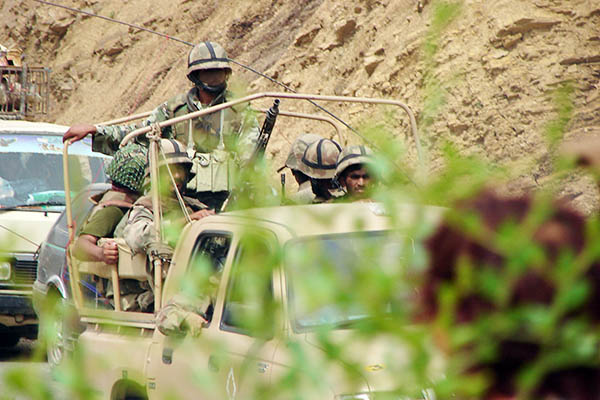 At least four soldiers and nine militants were killed during an operation on Saturday in Pakistan’s tribal region where the Army is fighting a major offensive against Taliban insurgents.

Pakistan’s military said the incident took place in the Pre Ghar area on the border between North and South Waziristan tribal regions. “At least nine terrorists were killed in a cordon and search operation. Four soldiers also embraced shahadat,” the military said in a statement.

The conflict zone is remote and off-limits to journalists making it difficult to verify the Army’s claims, including the number and identity of those killed.

Pakistan has been battling a homegrown Islamist insurgency for over a decade following the late 2001 U.S.-led invasion of Afghanistan.

The Pakistan Army began a major campaign against Taliban and other militant strongholds in North Waziristan in June last year and authorities have now vowed to intensify operations both in the border regions and across the country.

The military says more than 2,700 militants have been killed since the launch of the major offensive.