No Beer for Fawad 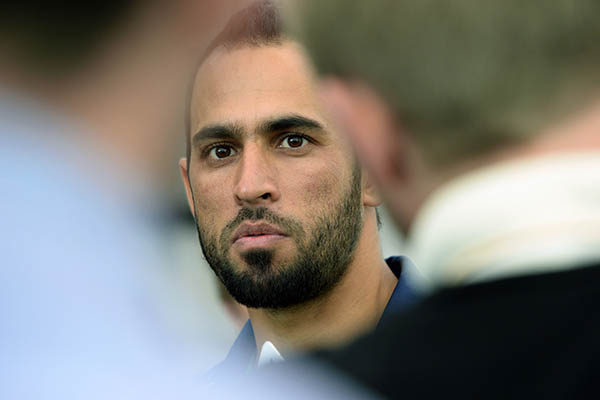 Pakistan-born Muslim leg-spinner will not be wearing sponsorship logo of alcohol brand due to conflict with faith.

Fawad Ahmed, Pakistan-born Muslim leg-spinner for Australia’s national cricket team, will not wear the sponsorship logo of beer brand VB because of his faith’s ban on alcohol.

Ahmed, who became an Australian citizen in July after his application was fast-tracked, did not have the brewer’s logo on his shirt during his international debut in last week’s T20 matches against England.

Mike McKenna, Cricket Australia’s executive general manager for operations, said Tuesday the player first raised the issue when he was selected for the Australia A tour of Britain in June. “Fawad expressed discomfort with the conflict this created for him, due to his religious beliefs,” he said. “Cricket Australia and Carlton United Breweries (CUB) are respectful of Fawad’s personal beliefs and have agreed with his request to wear an unbranded shirt. CUB have been a long-standing partner of Australian cricket for more than 17 years and Fawad was thankful for their understanding of his personal situation.”

South African batsman Hashim Amla, also a Muslim, is another player in a similar situation and has been permitted not to wear the logo of Cricket South Africa sponsor Castle, a beer company, on his kit.

The sensitive issue also reared up in English football with striker Papiss Cisse pulling out of Newcastle United’s pre-season tour this year, saying he was not prepared to promote the club’s sponsors, money-lending company Wonga.

But the Senegal international has since donned a Newcastle shirt featuring the logo after talks with the club and Islamic teachers.

Ahmed, whose rapid rise has made him a hero to some in Australia’s immigrant communities, impressed in his second T20 match for Australia on Sunday, returning three English wickets for 25 runs. His performance was timely after he took none for 43 on debut during the first T20 last week.